by Dave Williams, Director at Mudex

2. remove the tube before commencing

3. ensure that any lost circulation material (LCM) is delivered with an open rod

4. calculate ‘bottoms up’ time into the loss zone

5. pour the pre-hydrated bucket(s) of X FRAC (DD) into the rod string

7. ensure that the bottom hole assembly has a six-meter (19.68 ft) clearance from the LCM once the lost circulation material is displaced, allowing 15–30 minutes hydration

8. allow sufficient flushing time so that the LCM displaces into the loss zones

9. continue drilling according to site procedure.

• Formation issues: Fluid return ceased soon after H-size was cased. A three-meter run (9.84 ft) core recovery varied between 90 % and 100 %, with fluid static head estimated to be at 150 m (492.13 ft) below the surface. Regular use of current lost circulation remediation had failed to increase fluid static head or provide any fluid return.

The hole was drilled without major issues, other than zero fluid return for close to two weeks. Regular LCM applications were ineffective in maintaining fluid level, so it was decided to introduce and trial Mudex’ X FRAC (DD) in the hope that it would assist to maintain consistent fluid static head level while improving fluid return. Improvements in static fluid level height would not only provide useful data, but also suggest X FRAC (DD)’s efficacy.

Accessibility and availability of make-up water was another onsite issue. A pumping station continuously pumped make-up water to the drill site while the rig was operational, with almost zero opportunity to refill the settling sumps. This posed an operational risk, as a pumping station breakdown would have a chain reaction-like effect, shutting down the rig until the make-up water pump could be repaired. Loss zone depth was also unknown yet suspected to be beneath the H-size casing, as subsequent formations were competent with several clay zones and porous formations in the core trays, suggesting multiple loss zones.

One-third of a drum of X FRAC (DD), which is approximately 5 kg (11.02 lb), mixed with 10 L (2.64 gal) of fluid hydrated quickly and evenly, although pre-mixed drilling fluid appeared to mix more evenly and maintain suspension better when compared to the freshwater mix. Following 20 minutes hydration time, dissimilarities between the two fluids became marginal and both X FRAC (DD) batches seemed very comparable. Maximum hydration was capped at 30 L (7.92 gal) of 10 kg (22.05 lb) of total dry product for LCM remediation, allowing for approximately 40 m (131.23 ft) of annular volume or 6.5 m (21.33 ft) of open hole volume. At the end of the 917.70 m (3010.83 ft) run, the core tube was removed and X FRAC (DD) was poured into the now open rod string.

It was estimated that it would take between 45 to 50 minutes for X FRAC (DD) material to discharge from the bit face, plus an additional 10 to 15 minutes for X FRAC (DD) to displace from around the barrel and condition the drill hole. A significant spike in water pressure occurred at the 48-minute marker, and the driller worked the rods to assist with displacing the material away from the barrel. The water pressure stabilized to a steady rate of 150 psi after a few minutes. At this time, both water pressure and rod torque were deemed acceptable, the pump was switched off, rods were disconnected, and the core tube assembly was landed as per company procedure.

While pumping the tube down the rod string to seat it, the driller happily reported that he observed slight fluid return for the first time in 10 days. Following the next core tube pull, an additional 30 L (7.93 gal) or 10 kg (22.05 lb) of equivalent dry product was then pumped and displaced before landing the next tube to combat fluid return loss – evidenced during the first and the follow-up run. The second attempt mirrored the earlier pumping and seating of the tube, although the second attempt yielded a far greater fluid return than the first.

A Mudex representative remained at the rig until night shift handover to familiarize the crew with the product and to insist process be upheld (established hydration etc.). During the following 12-hour shift, returns leveled, with an approximate 50 % improvement by early morning. Fluid return continued to improve and leveled to an acceptable 80–90 % by late afternoon. Improvements were consistently observed over the next two days, with the sumps requiring slight refilling once per shift, as opposed to constant water pumping.

Prevention is better than cure

X FRAC (DD) is an exceptional preventive tool – used once per 12-hour shift as a 30 L (7.93 gal) ‘pill’ before seating a tube to maintain returns, rather than working backwards and attempting to reclaim what has been lost.

X FRAC (DD) is an efficient remediation tool for filling voids, other than unexpected large cavities, with its different-sized material that swell and act as bridging agents to combat against lost circulation. With flexible hydration options – fresh water or existing drilling fluid, X FRAC (DD) is easily mixed and ready for reliable use within 20 minutes, serving as an ideal and sustainable lost circulation remediation with its conservative water usage. 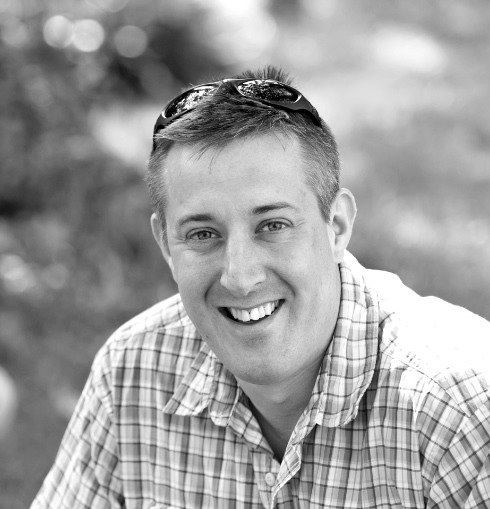 Q&A from the experts: In conversation with Drew Craig 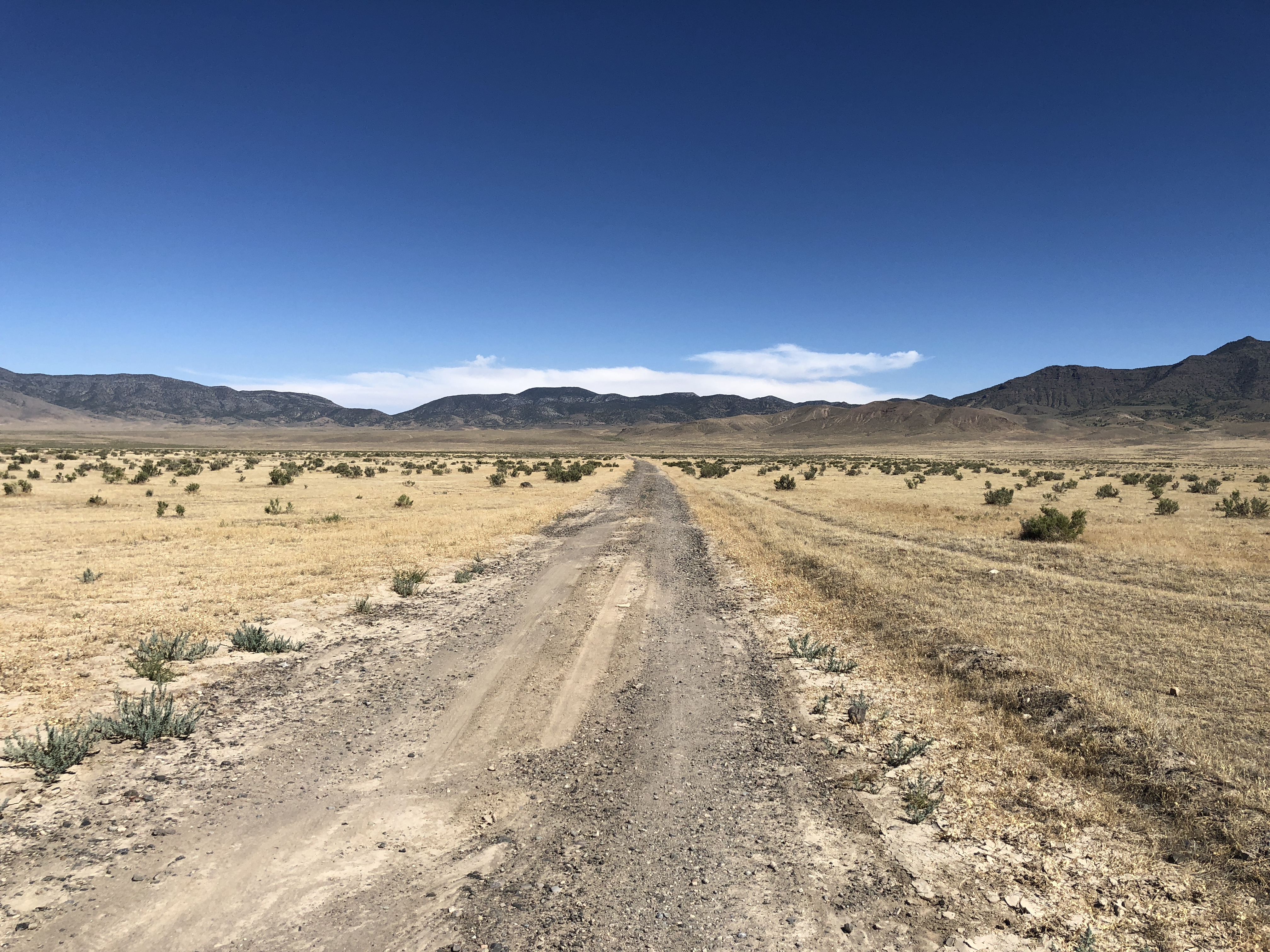 Battery metal potential of the Lovelock Mine, Nevada 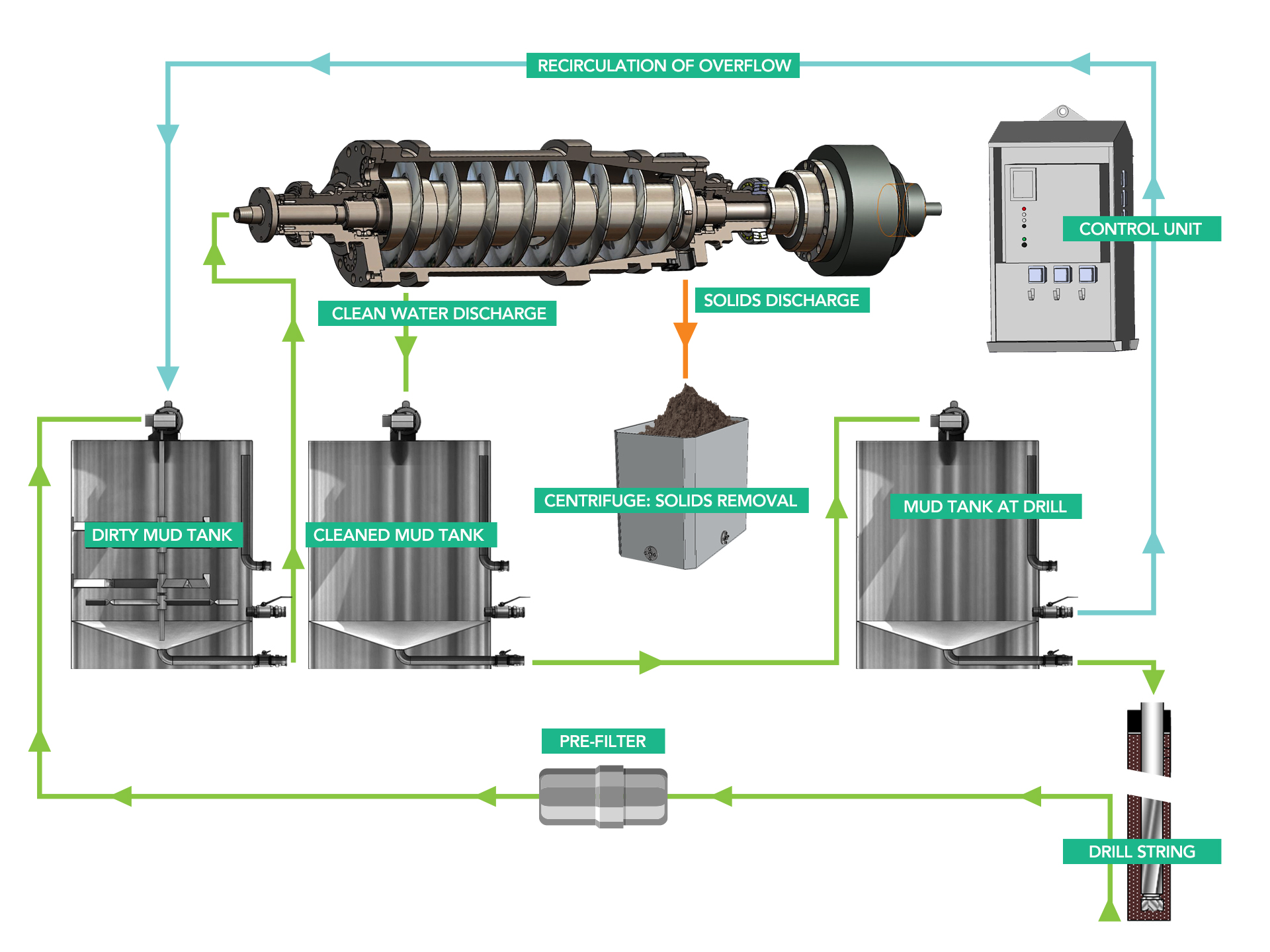 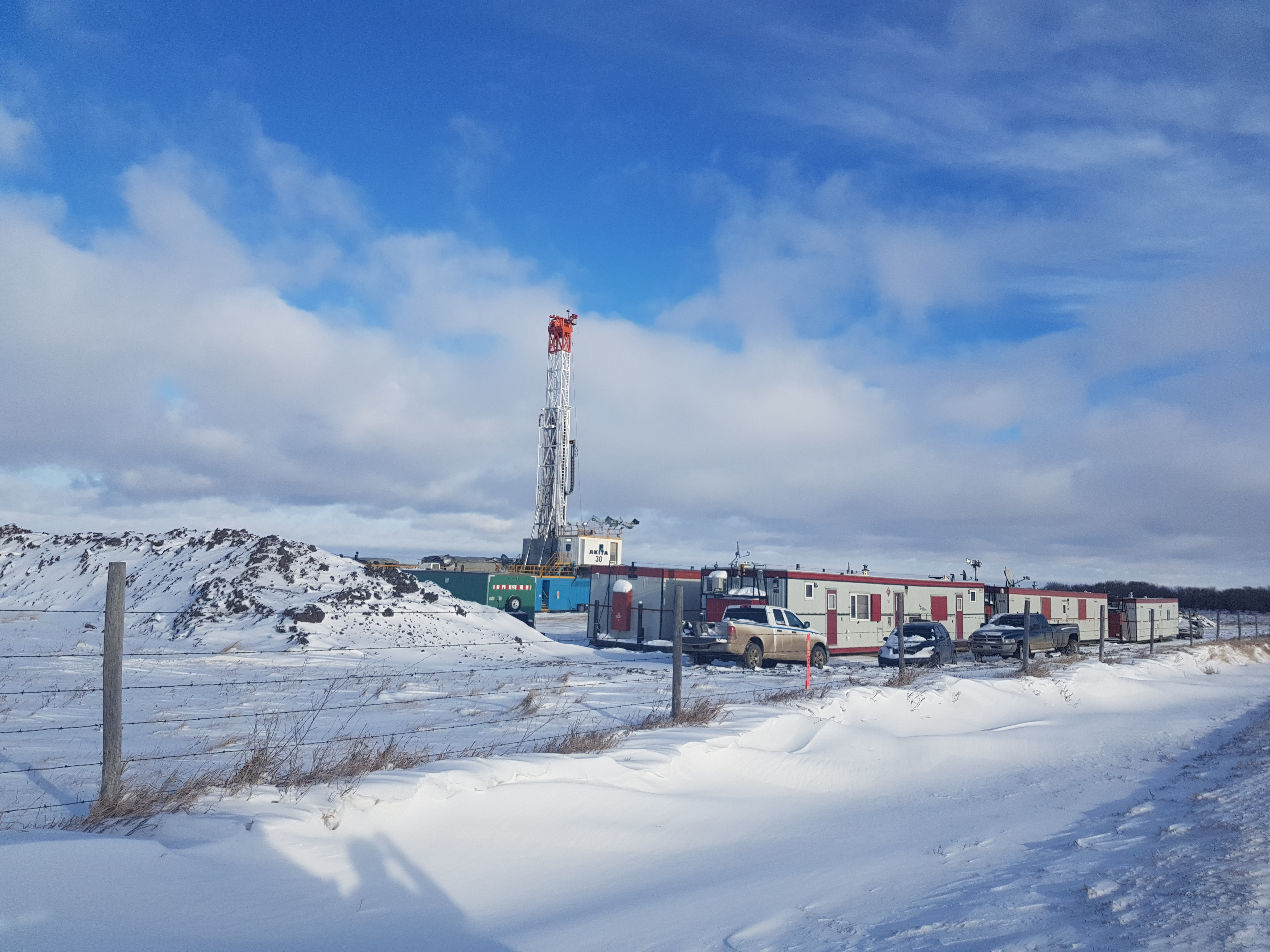 Things will never be the same 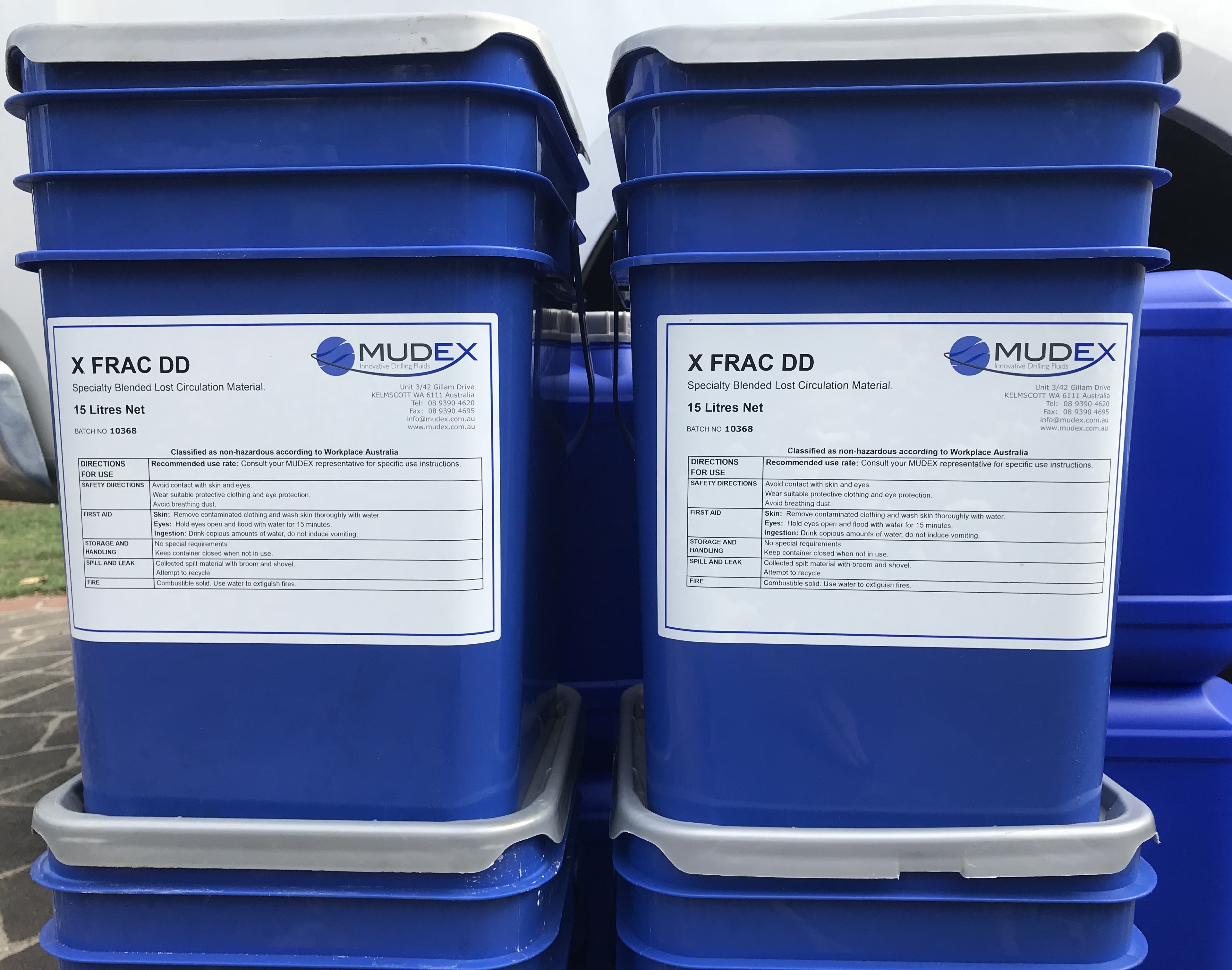