I have worked as a geological consultant since I had dark hair. It’s fully grey now and I have seen a lot of deposits in my time working with exploration, mining and resource geologists. The reason I get asked to visit projects is to help more fully understand the mineralized volumes, and a common comment is ‘we need a structural review’. But what does that really mean? In some cases, it has been suggested by an analyst or someone in management because another someone has said it is the thing to do. So, sometimes it is a comfort blanket where people can hand-on-heart say ‘yes, we’ve done a structural review’ when prompted by shareholders. Sometimes, the person requesting it is a genuinely informed, interested geologist who wants to integrate the structural geological controls on mineralization geometry, timing, and controls to deposition. But mostly, it is somewhere in-between where simple geological observation without any high-level structural geological input is all that is necessary.

Visiting the deposits to undertake a review is a geological privilege. I get to see the best parts of a deposit and I get to interact with interesting people, commonly in interesting places. Once on-site and standing on the rocks, it is really illuminating to quiz people on their perceived interpretation of the formation of the deposit. Frequently, there will be an invocation of either a well-known or currently trendy model and the rocks are then presented in the context of the perceived model. These models are then repeated in reports, stock releases and conversation, becoming folklore. Overwhelmingly, the structural geology is considered in the context of that model, being used to understand the current shape of the deposit or trying to extract an orientational trend that can be used for exploration and resource addition. Much less commonly, the client will request the structural geology to be spliced into a model of deposit evolution that integrates with all the other geological aspects of the rocks. Because of the uncertainty as to what the requested structural review should achieve, I am rarely presented with an informed geological snapshot of a deposit. Typically, there are only general ideas and that ever-present perceived model. As such, much of my work entails trying to understand the formation of geological features over time, integrating them with kinematics, overprinting relationships, and structural geometries of the other features, such as alteration assemblages, mineral paragenesis, igneous emplacement episodes, metamorphism, etc.

So, where is this article going? I am going to present the thesis that we should understand the evolution of our deposits and all geological influences in a coherent geological history if we want to pragmatically and economically explore for, and mine, volumes of hydrothermal mineralization. Now, I am a bit biased. That happens when you have worked in a career for a while. I am of the opinion that structural geology is king and without it, you can’t fully understand 99% of mineralization occurrences. However, there is a caveat to this statement – the full understanding of the 99% of mineralization occurrences requires an integrated approach that should include all facets of geology, not just structure. Geochemistry, igneous petrology, stratigraphy, metamorphism, alteration, etc… all need to be considered and placed in a spatial and temporal context. In addition, they need to be considered at all scales.

People who can’t understand the concept of geological inputs during orebody formation, and who rabidly protect their geological patch by only considering their own ideas and disparaging others, are a hindrance and will only make mediocre contributions. This can be damaging in situations where significant money is spent, such as by drilling deep holes, and they make the geological focus myopic and misguided. As an example, I recently worked on a very large mineralized system that exhibits strong orientational controls to veining, alteration, and structure (mylonite zones, cleavages, etc.) due to regional deformation events. Another consultant on the project made one of the most laughable, and most alarming, comments I’ve heard in my long career, stating: ‘The structural part remains to be integrated, though I am strongly of the opinion that we can’t let that unnecessarily complicate the deposit and exploration model…’. This really was a ‘did I just read that?’ moment! This comment, and others I noted, were classic examples of patch-protection, where the geologist in question did not want interrogation or criticism of his work. Sadly, in addition to reflecting the character of the geologist, it is characteristic of an approach that will cost the company and the shareholder time and money.

The role of every geologist should be to realize mineral deposits are complicated systems that have formed due to a perfect storm of complex circumstances with contributions from many facets of geology over time. To avoid the blinkered approach, such as in the previous example, we have to try to understand a deposit by establishing a geological history, which incorporates all the structural history. We should not, for example, simply devise a logging system comprising several vein sets with no temporal, geometric or orientational constraint and think our work is done.

The problem with models

A good example of a model that is presented extremely commonly is that pertaining to VMS deposits. This is exemplified when a search in Google is undertaken (Figure 1 – Image of a Google search screen). Now, there are no genuine cross-sections of mineral deposits showing real-life images that replicate these idealized images. You may think that this is because the initial results during such a search are simply not good. However, you can expand the search as much as you like – the results are the same! All the images, perhaps excepting one or two, are models that people spend time finding evidence to support rather than testing!

The context of structural geology

Basically, there are two things that encompass structural geology – geometry and over-printing. The geometry of geological features refers to their shapes and volumes in 2D and 3D. Resolving the geometric relationships, such as the asymmetric shapes of structures, polygonal outlines, repeated shapes, etc. enables us to understand the processes involved in developing these geometries. Furthermore, it enables prediction of favorable locations of mineralization, resolution of kinematics, and construction of realistic geological and resource models.

Overprinting refers to the cross-cutting relationships between geological features, which can also control the geometry of features. Resolving the relative ages of structures enables us to pinpoint which ones have been important for localizing mineralization. The end result should be a ‘live’ snapshot of the deposit that characterizes all features and puts them in temporal order (Figure 2 – Geological history of Kazakh deposit). It also allows grouping of similar age characteristics, such that we can identify all of the features produced prior, during and subsequent to the time of deposition of hydrothermal minerals.

Commonly, data in mining and exploration databases has not been collected in context. For example, there are commonly columns of planar data but there is no indication of what structures we are looking at e.g. which generation of cleavage. Lineation data is very rare.

Even if the structures have been subdivided into populations, it is commonly restricted to the broad categories of veins, cleavages and faults, and this is where the problem starts! For example, most hard-rock hydrothermal deposits have more than one vein set, but the temporal relationships are rarely, if ever, documented. Consequently, databases are full of vein (and other structural) orientation data, but it comprises all vein types and is next to useless. As an example, many hydrothermal mineral deposits will have several temporally distinct quartz-carbonate vein phases (e.g. Figure 3a/b – Photos of veins from Twangiza), of which only one might be the same age as the mineralization e.g., gold. Trying to tease out which is the important, gold-related vein set from a column of data that is logged simply as quartz-carbonate veins, is nigh impossible. Similarly, 2D or 3D representations of the data are of limited use (Figure 3a/b).

A key problem emanating from not documenting all events and features is that information is ‘lumped’ and then several features get documented as the same entity from then on. If this is done, it becomes impossible to separate out the critical features from the less important – for example, the mineralized vein set from the barren one, as stated above. However, if features are documented separately, they can be ‘lumped’ later if deemed necessary. Having separate populations allows them to be examined individually and compared with each other. If using oriented core, it allows for orientation data for individual populations to be collected and compared, a critical step in the structural geological analysis.

Typically, many deposit studies restrict the geological history to the vein-alteration paragenesis, which is established through systematic documenting of overprinting and geometric relationships. However, the vein-alteration paragenesis needs to be incorporated with the structural history, effectively giving a geological history for a deposit. Other events, such as igneous intrusion events and metamorphic events, must be included.

Auditing the confidence level of core orientation must be undertaken before a quality 3D model with geometric/orientation constraints can be produced.

The price of not understanding context

The repercussions of not understanding the geological history can be expensive. For example:

Put simply, the result may be a waste of time and money combined with a complete lack of understanding of deposit formation. This can be very embarrassing if subsequent exploration by another company discovers an economic deposit because they took the time to understand the geological history and orientation constraints to mineralization.

Establishing a coherent geological history is essential to understanding structural controls on both the mechanism of emplacement of mineralization and on the geometry of the mineralized zones.

The price of not undertaking fundamental geological investigation and of employing blinkered, patch-protective measures can preclude our understanding of mineral deposit genesis. As a result, economically sensible, informed exploration programs will be compromised as will profitable deposit exploitation. 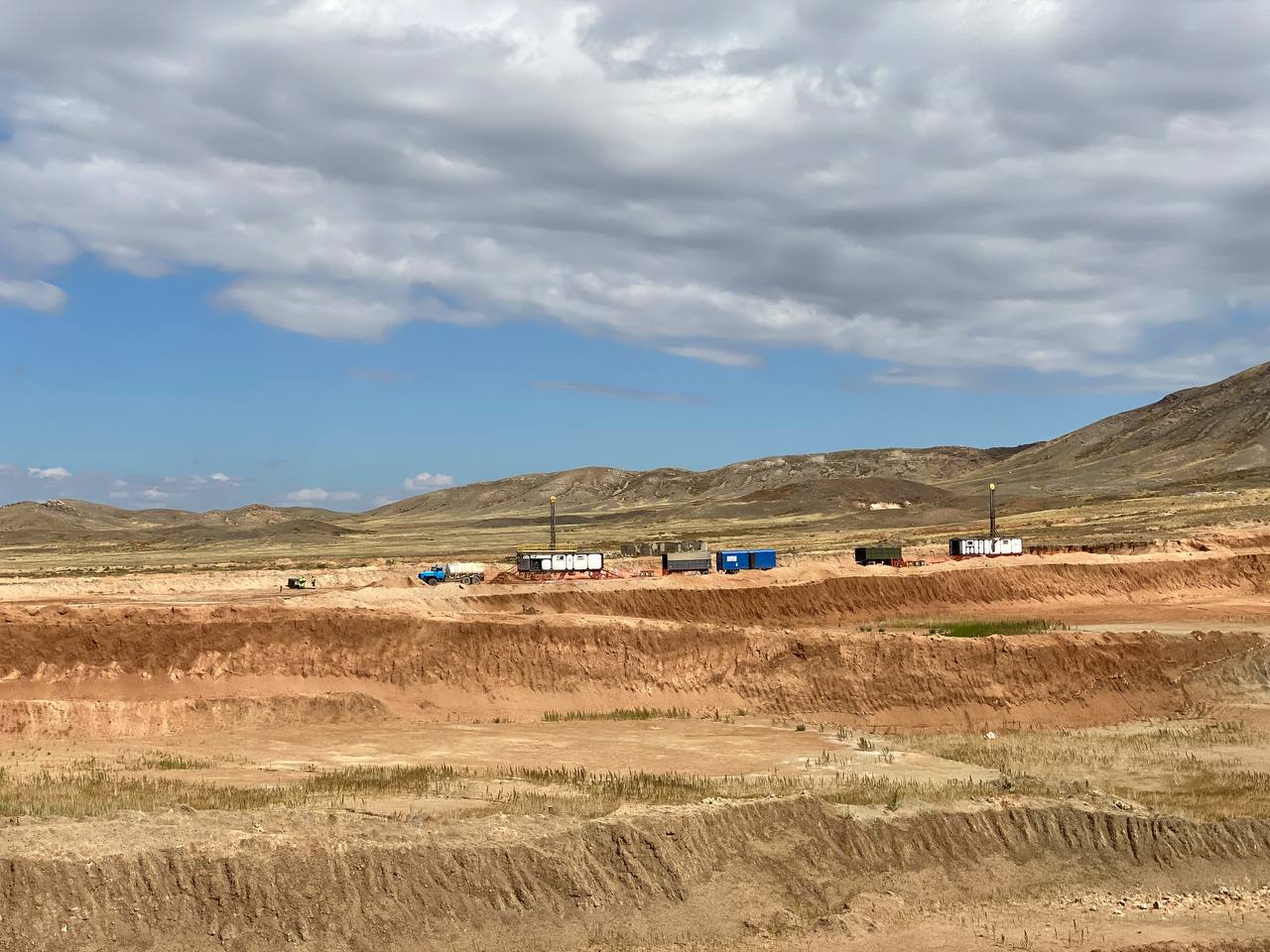 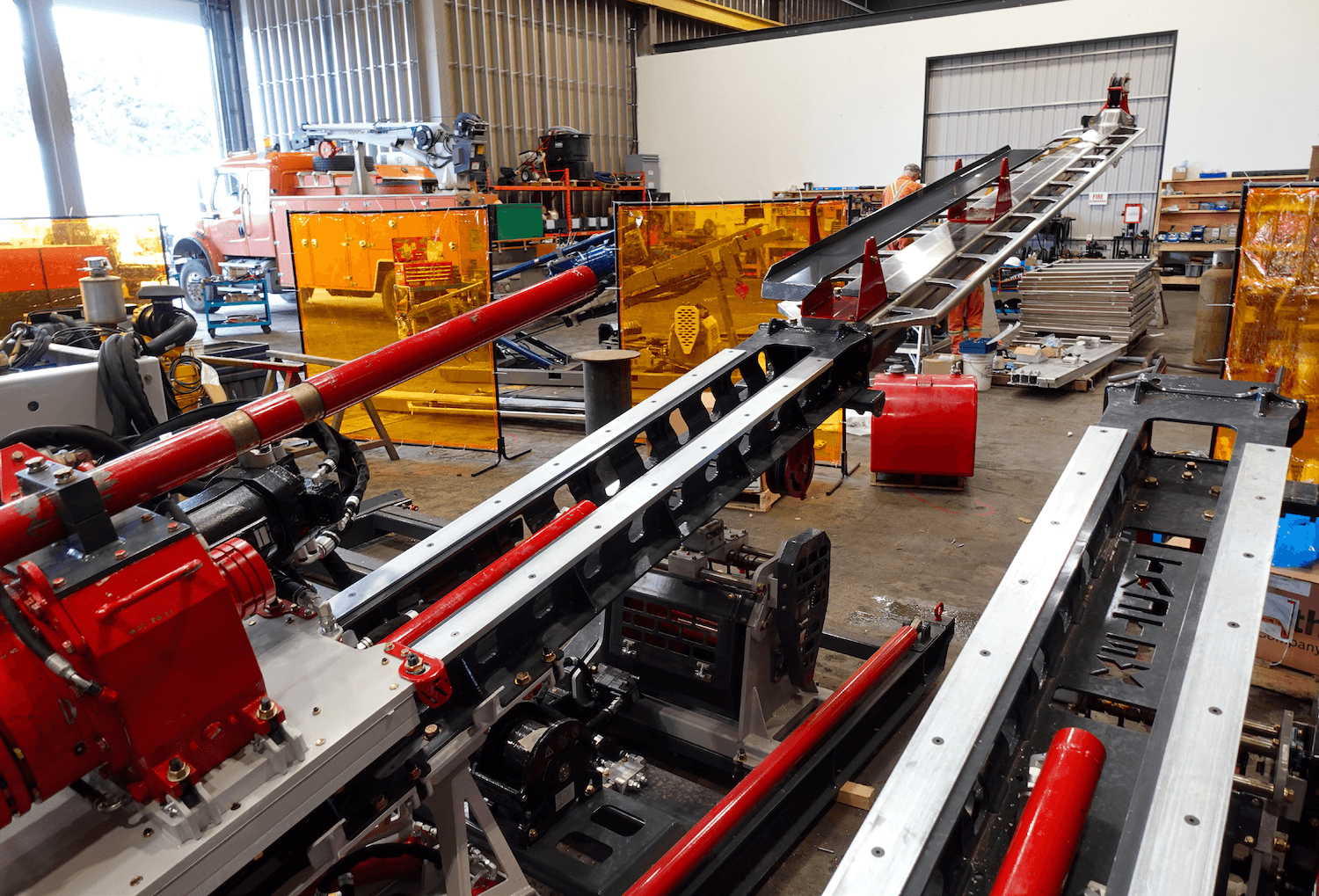 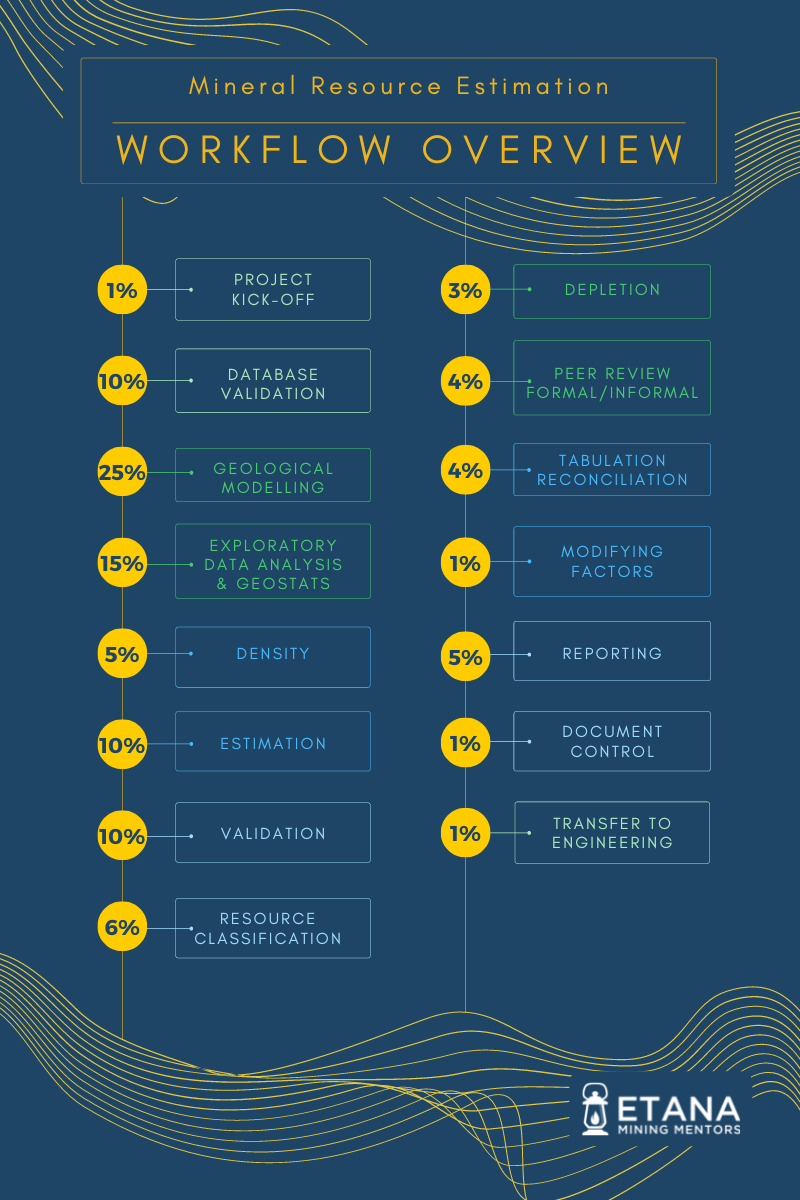 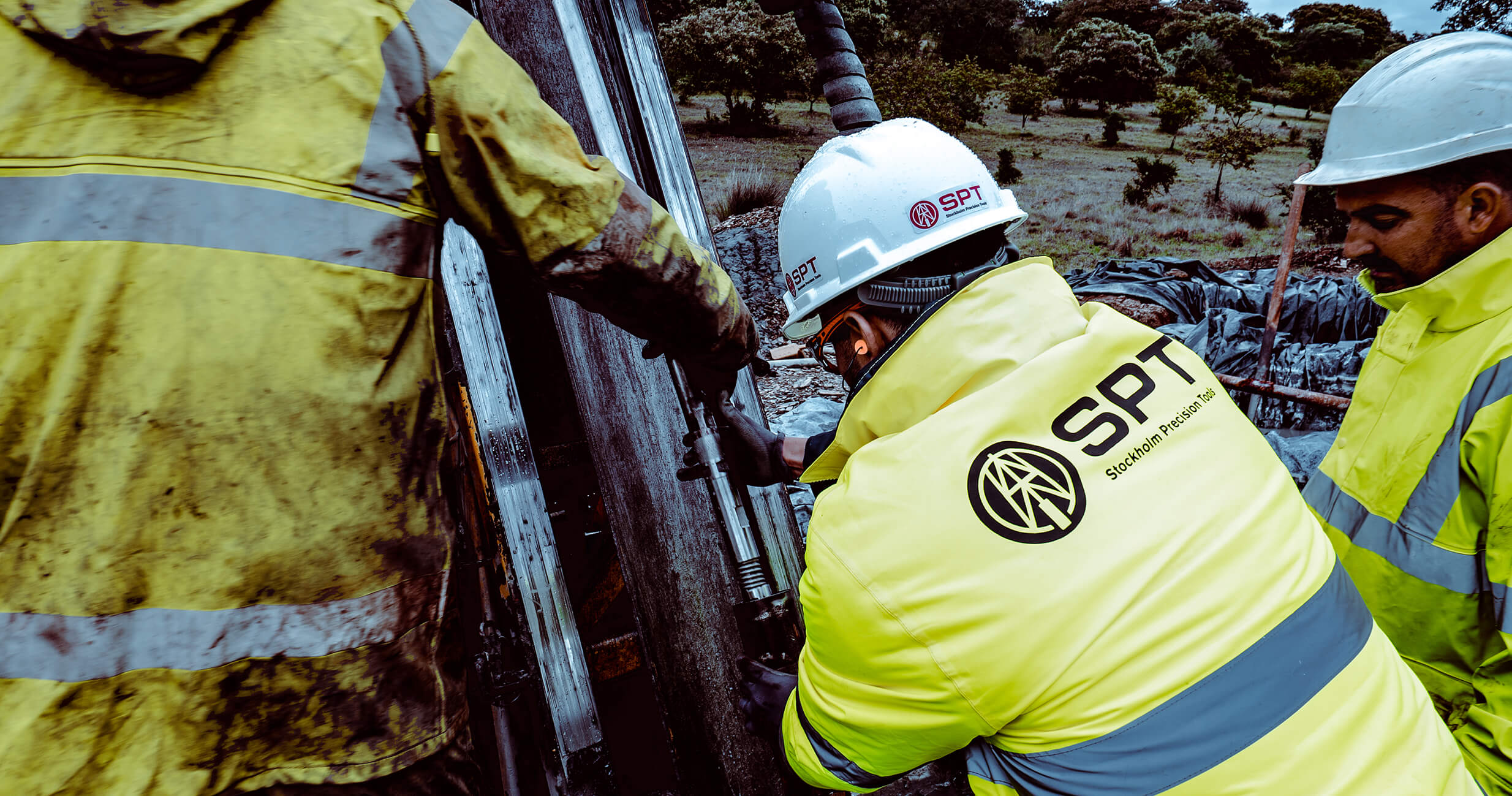