The title may sound like the start of a bad joke, but this article aims to delve deeper into the relationship between geologists and drillers in the exploration and mining industries.

These two professions are central and are at times glorified, with the heroic notion of a steely-eyed geologist intently focused on a small, glistening rock chip while the brawny, tanned driller pulls steel rods somewhere on a remote mountain top.  Unfortunately, reality is more like two old men bickering over invoices or complaining about clogged cyclones. Whether we want to believe it or not, these two professions, as different as their backgrounds or personal interests may be, are kindred spirits who have much to gain and learn from one another if they simply take the time to talk and listen.

From a geologist’s perspective, drillers are often viewed as a necessary evil.  Geologists need rocks to investigate the subsurface and the best way to achieve that is by drilling.  Enter the driller, an individual who cares little for anything other than the next paycheck, “making hole”, and returning to town for a drink or ten at night.  They’re more than a bit rough around the edges, perhaps missing fingers with colorful stories behind each, and eardrums destroyed from 20 years without hearing protection.  Their vernacular tends to be mostly four-letter words interspersed with grunts.  Many geologists view drillers as most people view their home dishwasher: useful when working, messy when broken, but don’t try to get a meaningful conversation out of them.

From a driller’s perspective, geologists are often viewed as a necessary evil.  Here is an overpaid, know-it-all, four-eyed oddball who gets their kicks licking rocks all day.  They’re never happy, they get stuck on mundane details and make a complete fuss about something as trivial as forgetting a hardhat, mud on the ground (yes, where else would you like it sir?), or, God forbid, broken core bits – as if somehow the core magically comes out of the ground in lengths that perfect fit those little boxes you gave us.  They show up, ask what depth we’re at, nod, load some samples on the back of their truck, then drive off to their cozy little shed or office to drink coffee or sit in the air-conditioning licking more rocks.

We can spend a great deal of time and much amusement coming up with other stereotypes and I’m sure most of us have more than one entertaining anecdote.  At the end of the day, it’s best to laugh off the stereotypes and realize we’re both important pieces of the same puzzle and equally critical for success.  In fact, I believe we need to talk to each other more about our specialties while learning from our individual expertise.

Other than the obvious fondness for whiskey and beer, geologists and drillers tend to have a great deal else in common.  Most are hard-working, independent individuals who love working outside and don’t fit into the button-down corporate world of the 8-to5 crowd.  Both professions feel at home in the bush, enjoy the unconventional lifestyle and are always seeking discovery or a bit of adventure. Another common trait is poor communication skills, which contributes to tensions and misunderstandings.  Few geologists will spend time getting to know driller crews, let alone walk them through the project goals, why the drill hole is where it is, and what has been found so far.  Likewise, drillers don’t always go out of their way to ask what the drill target is, what minerals or rock types are being sought or why the particular drilling method is being utilized.

In my experience as a geologist, many drillers relish the fact they could be on a discovery hole.  The good ones are keen students of the mining game, especially the veteran drillers who have seen a few boom-andbust cycles.  The really switched-on drillers are always happy to talk about their experiences, what they found when drilling the competition’s ground next door, or just some good old-fashioned stories about mines, projects or previous successful campaigns.  This is a topic that drillers and geologists can easily start to bond and get on to the real conversation.

When we break it down into simple terms, both geologists and drillers are essentially there for the same reason: discovery.  We wouldn’t be in this game if we weren’t a bit unconventional, individualistic, even a little rogue. We should celebrate our common goals, but it starts with recognizing and respecting each other’s expertise and how that adds value to a project. The best geologists are the ones who ask a lot of questions about drilling and the best drillers are the ones who are curious about geology.

From my own experiences, projects have benefited greatly whenever I engaged the drilling company early in a program and brought a drill planning specialist into planning discussions.  Perhaps I learned from my time in the oil patch, where each hole costs millions of dollars and the planning isn’t done on the back of a cocktail napkin as in mining.  It’s important to bring together experts from various disciplines to discuss project goals, options, methods, recovery, techniques, problematic zones, alternatives with deep directional holes and other concerns.  Drillers know their job, and their job is drilling.  Their expertise should always be utilized to maximize drilling effectiveness, f ind efficiencies, and ultimately save costs. It’s naive for geologists to simply draw a line on their cross-section or drag their mouse in their software of choice and think their plan is done.

The majority of drilling problems are due to poor ground conditions, with many drilling contracts stating that the contracting company is liable for this downtime.  The geologist should provide valuable information to the driller during the planning stage to assist with identifying potential ground problems before they’re encountered, even if there is limited data for an area.  Discussing areas of hard and soft rock, water table levels, the presence of clay or other sticky material or formations which are highly fractured or vuggy can save a drilling program if anticipated prior to drilling. Squeezing the most value out of each hole should be the number one priority and this can only be done by working collaboratively with drilling companies. A driller’s log with notes on rate of penetration, torque, hole conditions and other parameters can be useful to the geologist in understanding physical rock properties, as well as informing future drilling programs.  Maximizing data from each drill hole is required in today’s market, where project budgets are tight and the appetite for wildcat drilling is low.

Safety and the environment

Drilling can be a dangerous job if the crew are not working as a team or safety culture is poor.  Everyone wants to go home in the same condition they arrived at work in which helps establish a common culture when addressing safety and the environment.  Unfortunately, there are still some in the industry who view safety as a time-consuming task that can be disregarded when the company man is not looking.  Whether geologist or driller, these individuals should be dismissed from any project immediately.  A positive attitude toward a safe work site and zero impact to the environment should be established from day one of a project.  This can only be accomplished if everyone on the project holds these same values and works together.

Some see a geologist around heavy equipment as a fish out of water.  I have to admit, when I first “sat a rig” it was an intimidating business. The amount of activity, people, moving parts and commotion was a lot to take in at first, especially for deep reverse circulation drilling.  All geologists, especially the green ones, need to spend time with the drill crew to ensure they don’t become a hazard themselves.  By getting inducted to the drill site, understanding hazards, no-go areas, and simply asking a lot of questions, geologists can contribute to safe work practices and learn a great deal about the art of drilling. Working together and looking after one another is the duty of care we should all accept at our work sites.

The drilling crew is constrained by the drill pad provided by the geologist.  Whether on the side of a mountain, in a creek bed or in the middle of a jungle, site improvements and safety considerations can improve the work area, minimize hazards, and often even boost driller morale.  A sound base either through platform, pad grading, gravel, or metal grates (even concrete pads underground) can greatly reduce the slip, trip and fall hazard.  Good house-keeping and spending extra time and resources to ensure a pad is suitable in size and condition will greatly improve working conditions. Minor cost considerations for safety improvements can be easily justified by reduced lost-time due to injury, and ultimately increase drilling effectiveness and utilization.

In summary, geologists and drillers can learn a great deal from one another if they are willing to ask, listen, and work together while respecting each other’s areas of expertise.  Realizing we’re both players in the same game and that we can’t accomplish much without each other is a good place to start. So I encourage every driller and geologist out there to spend a few minutes explaining what they’re doing, why they’re doing it, and find some common ground.  If a driller and a geologist walk into a bar with a willingness to teach and listen to each other, they’ll both soon realize the benefits of working together for project success. 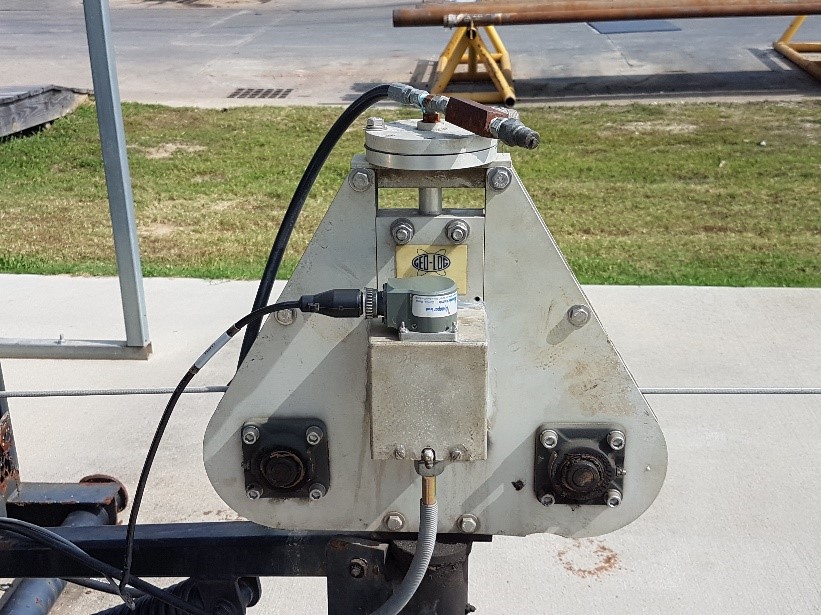 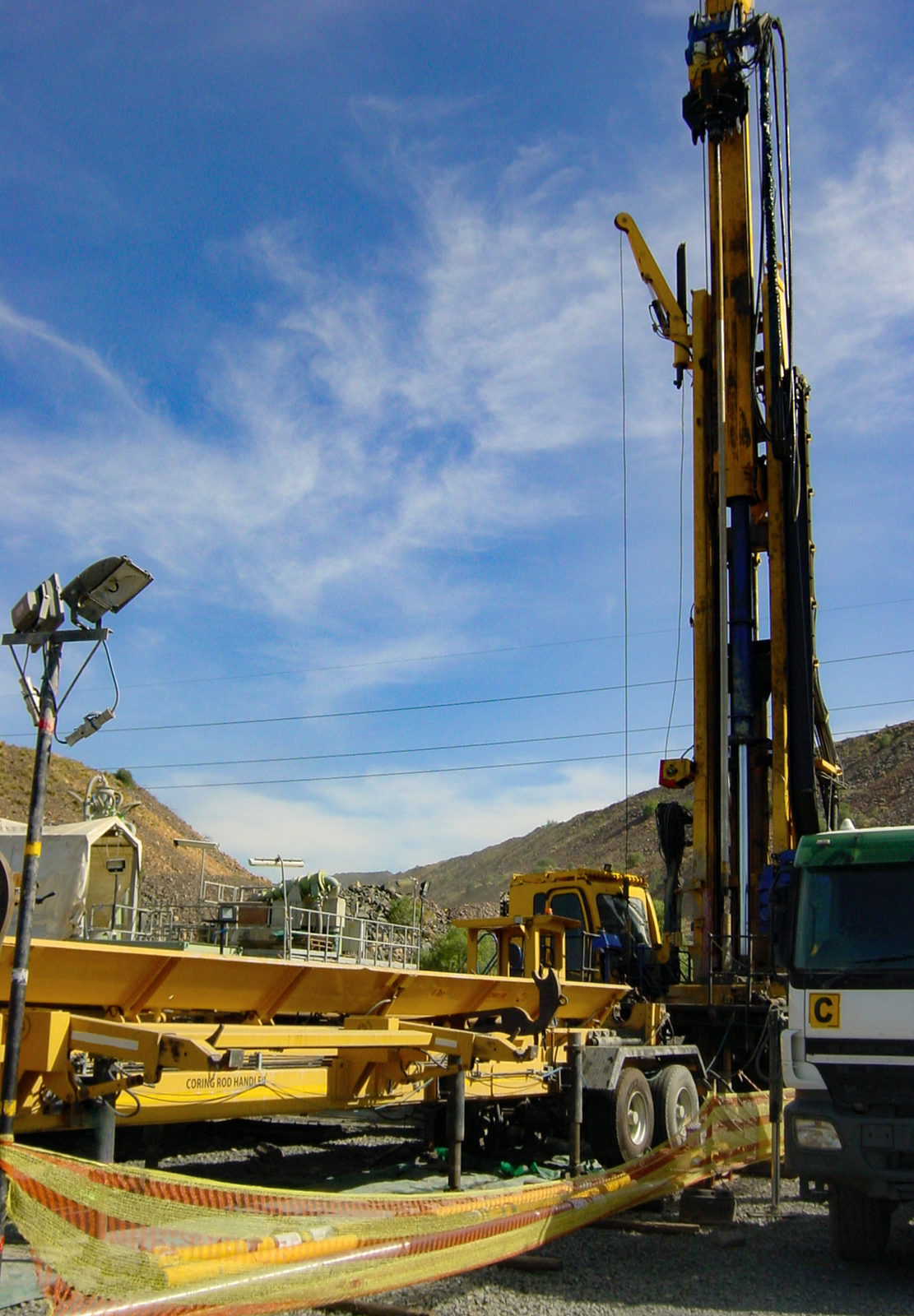 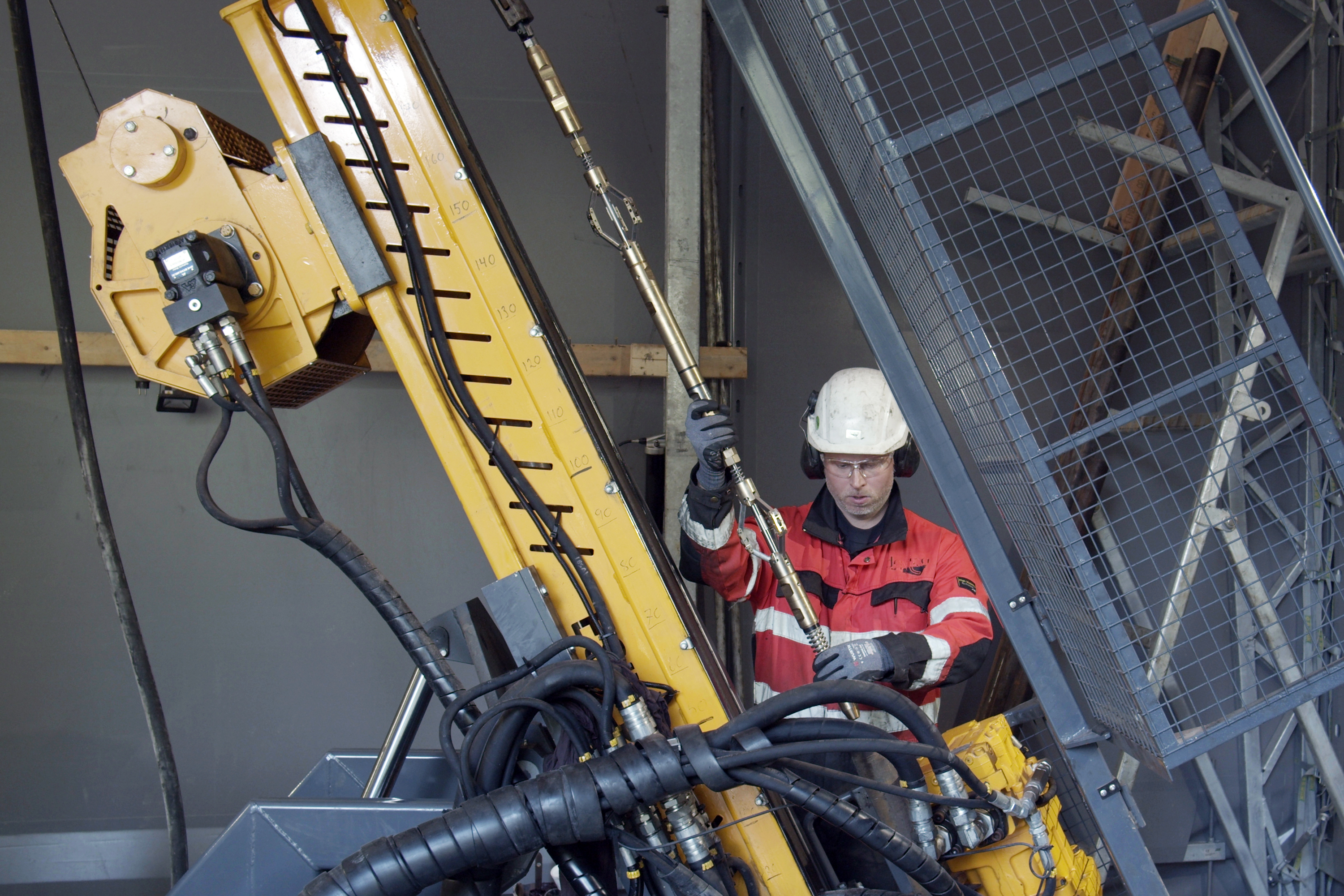 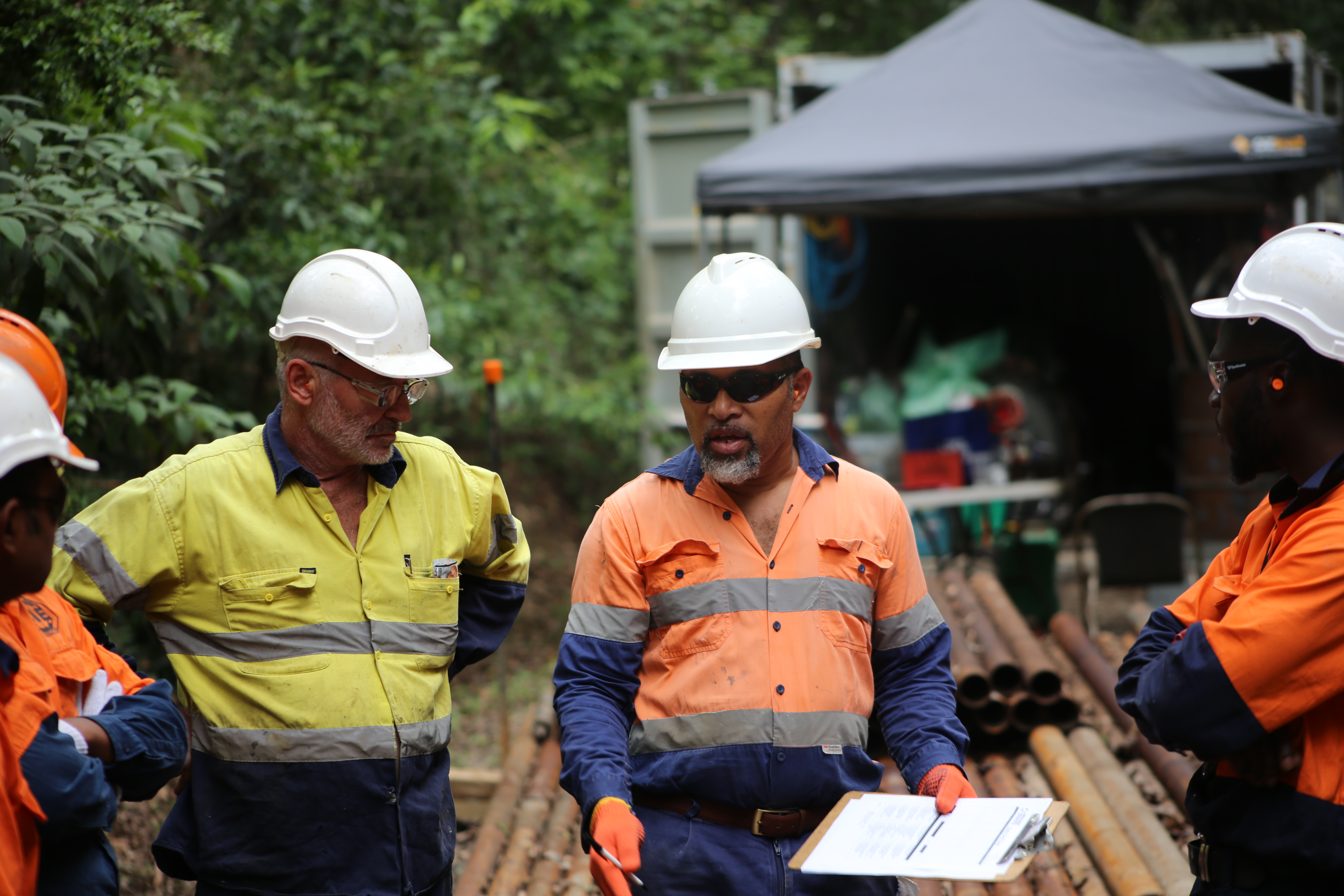