Directional diamond drilling (DDD) is powerful technology in the service of the mineral exploration industry. Its application plays an important role and is constantly increasing. A close look at its application reveals the most important factors to be considered in drilling programs and bore-hole planning: the tools and equipment to be employed, their technology, borehole design and analysis, manpower experience and overall economy.
Along with these main factors, understanding the limitations of DDD is crucial for its economic and efficient application. Discussion of the factors listed above often runs into difficulties arising from differences in terminological and technical term definition. The author’s experience teaching drilling engineering at the Sofia University of Mining and Geology and frequent contact with industry personnel demonstrate the need to establish basic common terms and definitions in order to improve understanding of the process and lessen confusion.
On the other hand, a few simple calculations are often helpful in analysis and decision making. Sometimes, even sophisticated software programs do not make simple practical calculations and analysis easy.
The aim of this paper is to focus on some basic terms definitions and simple practical calculations.
Directional diamond drilling Directional diamond drilling is a special method of drilling into the Earth’s surface in order to explore ore bodies by reaching a specific zone or target and controlling borehole trajectory by special means.
Directional borehole A borehole whose trajectory in three dimensions has been designed and consciously directed to reach a target or zone of interest within acceptable limits of accuracy.
Vertical borehole A vertical borehole is “straight” hole , that has a trajectory close to vertical line passing thorough the collar. There is no strict definition of this category, but deviation from 1.5 to 3 deg from the vertical line is usually accepted as “vertical’.
Main (parent) borehole The borehole drilled first to assess a given objective in a formation or target. Often, the term mother borehole is used.
Borehole branch Sidetrack, lateral, bore-hole branch are synonyms. They describe that portion of a borehole initiated from a point along the borehole path previously drilled to access a given objective.
Multilateral borehole This describes a borehole with a single collar at the surface and several branches drilled from the main borehole. Multilateral drilling is highly efficient technology in deep drilling project to explore ore body targets and surrounding rock conditions.
Azimuth The angle, in the horizontal plane, between North and the projection of the tangent to the borehole axis at the point of measurement. In the drilling industry it sometimes means direction or heading, while drift is occasionally used. Borehole azimuth is usually specified in degrees with respect to the geographic or magnetic north pole.
By industry convention azimuth is typically measured clockwise from north, 0 degree azimuth coincides with North, 90 degree azimuth with East, 180 degree azimuth with South, and 270 degree azimuth with West. 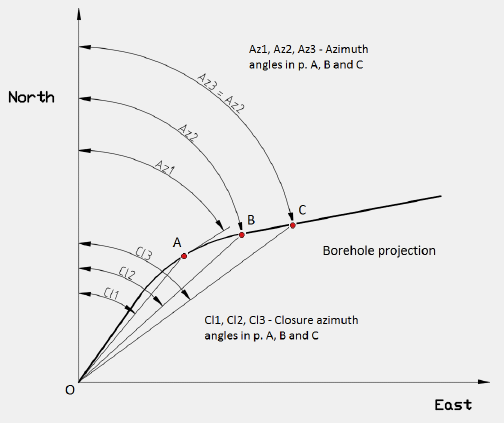 Vertical boreholes don’t have azimuth. In near vertical boreholes azimuth angle can change with considerable values for a small intervals.
Inclination/Dip In diamond core and oil and gas drilling, these terms are often used interchangeably, mixing their actual meaning. Inclination is the angle of the borehole defined by a tangent line and a vertical line defined by the earth’s gravity vector at the point of measurement. Dip is the magnitude of the inclination of a plane from horizontal. This means that the sum of inclination and dip angles is equal to 90°:

The confusion comes from the lack of convention about inclination measurement across the drilling industry. In oil and gas drilling, inclination changes from a vertical 0 degrees (downward pointing) to 90 degrees (a horizontal borehole); in diamond drilling vertical is denoted as -90 degrees and changes to 0 when borehole is horizontal. 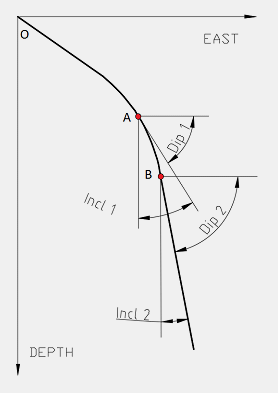 Easting/Northing These terms are geographic Cartesian coordinates for a point. Easting refers to the eastward-measured distance (on the West–East co-ordinate), while northing refers to the northward-measured distance (on the South–North coordinate). The location of a borehole or target point can be found using easting/northing pairs.
Tool face (TF) To drill a curved borehole, special deflection tools such as wedges, bottom hole mud motors, special core bar-rels, BHA and others are used. All these tools have a reference line, which shows the di-rection of borehole deviation when they are used in the drilling process. The toolface is the direction where the drill bit side force acts. A curvature is obtained as the result of the axial penetration rate combined with the lateral penetration rate.
Tool face angle To control the direction of borehole deflection, the tool face angle must be calculated, set during orientation and kept constant while drilling. This posi-tion is called toolface angle. This is the an-gle in a plane perpendicular to the deflection tool longitudinal axis. It is measured with respect to the high side (HS) of the bore-hole, when inclination is greater than 1,5° – 3°(gravity TF). For near-vertical boreholes tool face angle is measured with respect to the north (magnetic or gyro TF).
The TF angle can be determined by the following formula (Applied Drilling Engineering, 1986):

– dogleg angle (overall angle change), deg.
Dogleg Dogleg is the bending of the bore-hole in 3D space – the angle between two borehole survey stations. More precisely, it is the angle between the two tangents vectors at those points. A number of formulae, based on various assumptions are used to calculate DL. The one below provides reasonable results in calculations.
where:

Dogleg severity (DLS)  Dogleg severity is a measure of borehole bending in 3D space combined with its deepening, i.e. inclination and/or azimuth change with respect to the MD. It is expressed in degrees per interval length (deg/30 m or deg/100 ft). DLS is used to evaluate borehole conditions in relation to some technological issues like drill string fatigue and wear,  trouble free running of tools (core barrel, packers, casing, etc.) -, casing wear, torque and drag. DLS it is the limiting factor to many directional drilling.

Turn rate (TR)  This term describes the gradient of the borehole direction change projected in the horizontal plane. It is expressed in deg/m.

Where i is the rate of deviation (deg/30m), equal to build, turn or build-up rate, depending on the plane of deviation (vertical, horizontal or non of the first two).
Kick-off Point (KOP) The KOP is the point at given (MD) at which a directional bore-hole is intentionally deviated. Selecting the proper KOP is important for reaching targets at specific depths and closure distances and to avoid excessive DL and high DLS values.
Sidetracking Sidetracking is an intention-al drilling operation in which the directional drilling tool is positioned (oriented) with the TF facing the desired direction. In some case in rocks with strong deviation tendencies, sidetracking may occur accidentally, for ex-ample during improper reaming operations.
Borehole surveying A geometric mea-surement of inclination and azimuth at a certain depth (station depth) along the bore-hole trajectory. Data from surveying is used to determine a series of other parameters (such as TVD, VS, dogleg, etc.) using calcu-lation methods such as minimum curvature method, average angle method, tangential method and others. There are many meth-odologies published in the literature.
Azimuth and inclination extrapolation Assuming that borehole deviation has constant radius of curvature (DLS = const) and known TF, we can calculate the azimuth and inclination change after a correction and respectively the azimuth and inclination at the required new depth. 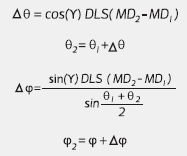 It should be noted that the real borehole path will be influenced by the natural trend of deviation and the result of these formulae should be assumed as approximate but still indicative.

Subscribe to Coring Magazine to learn about the latest in the drilling industry: 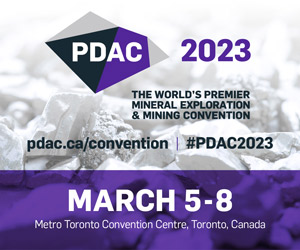 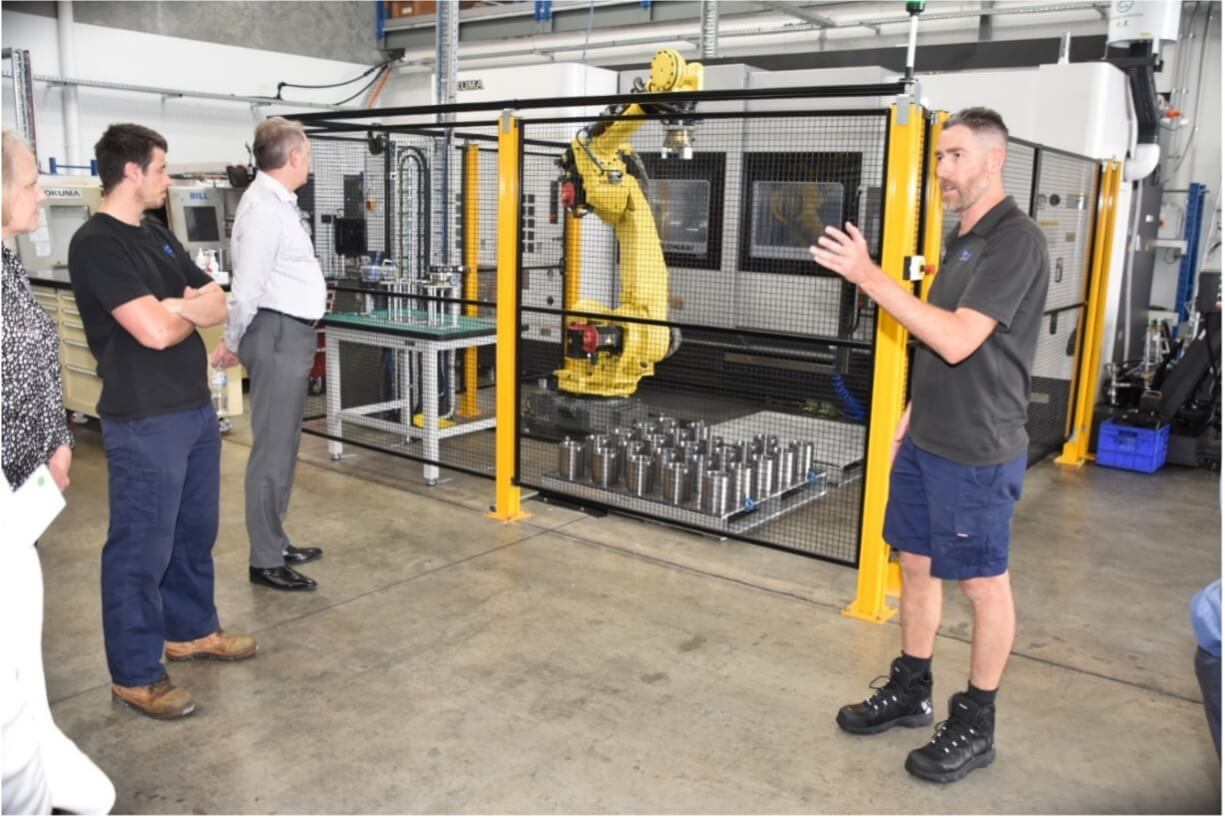 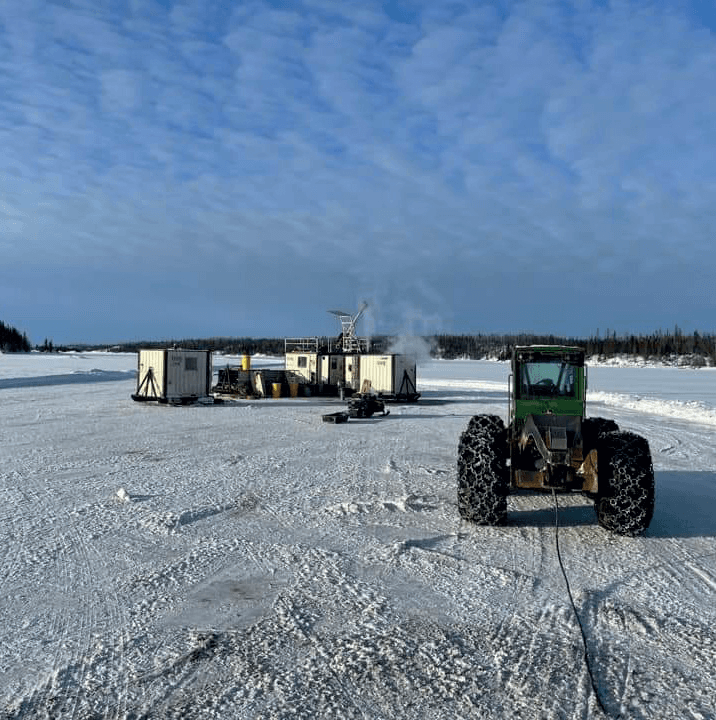 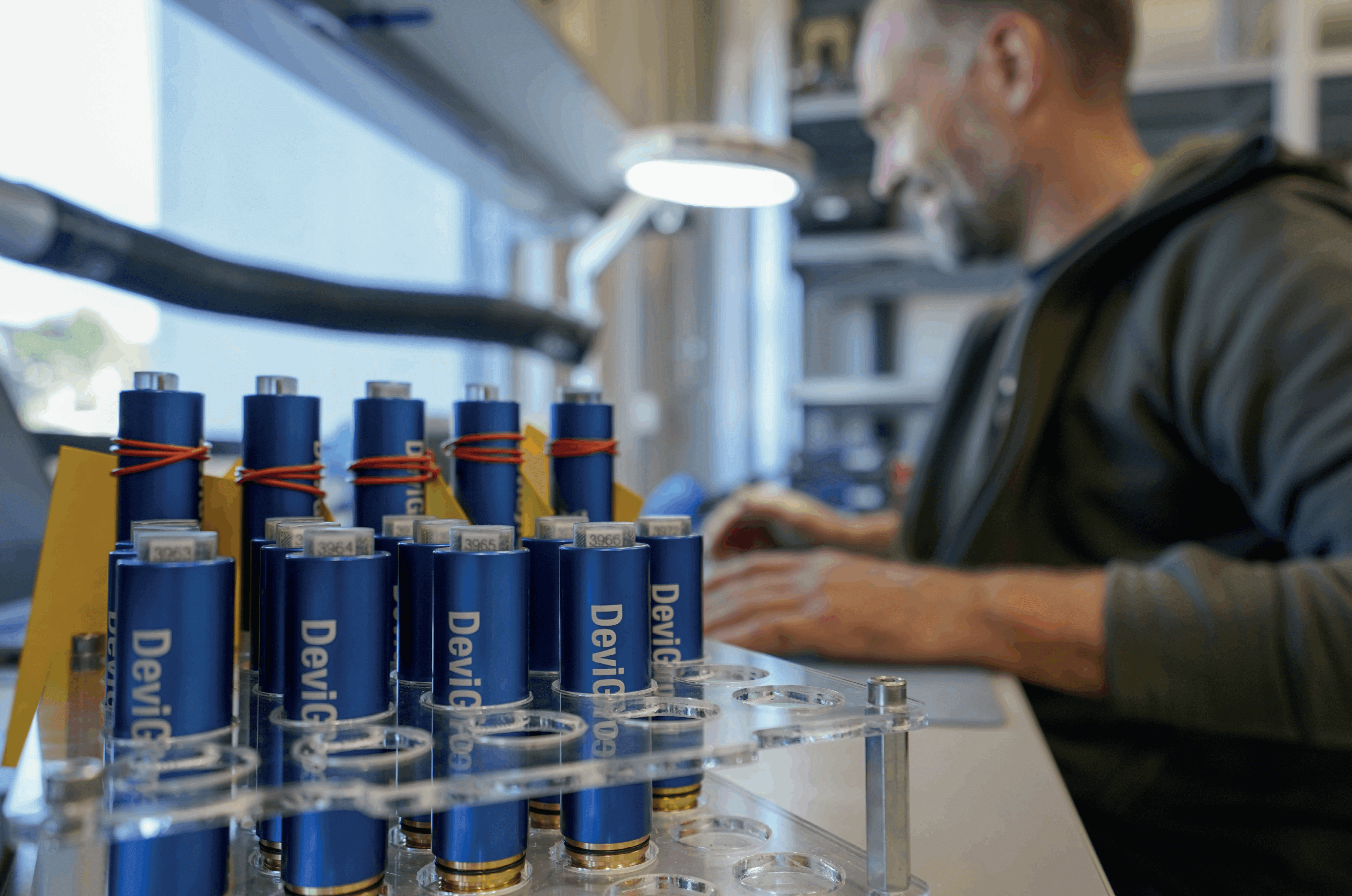 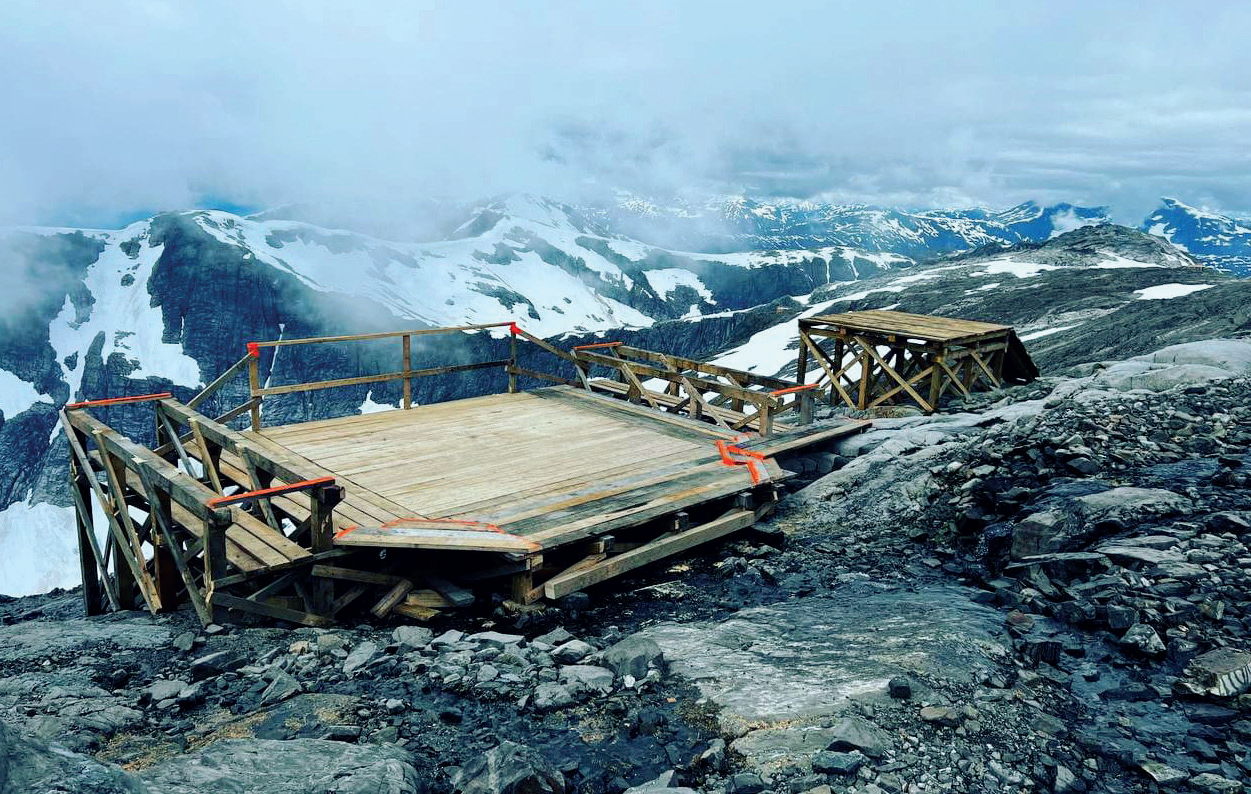 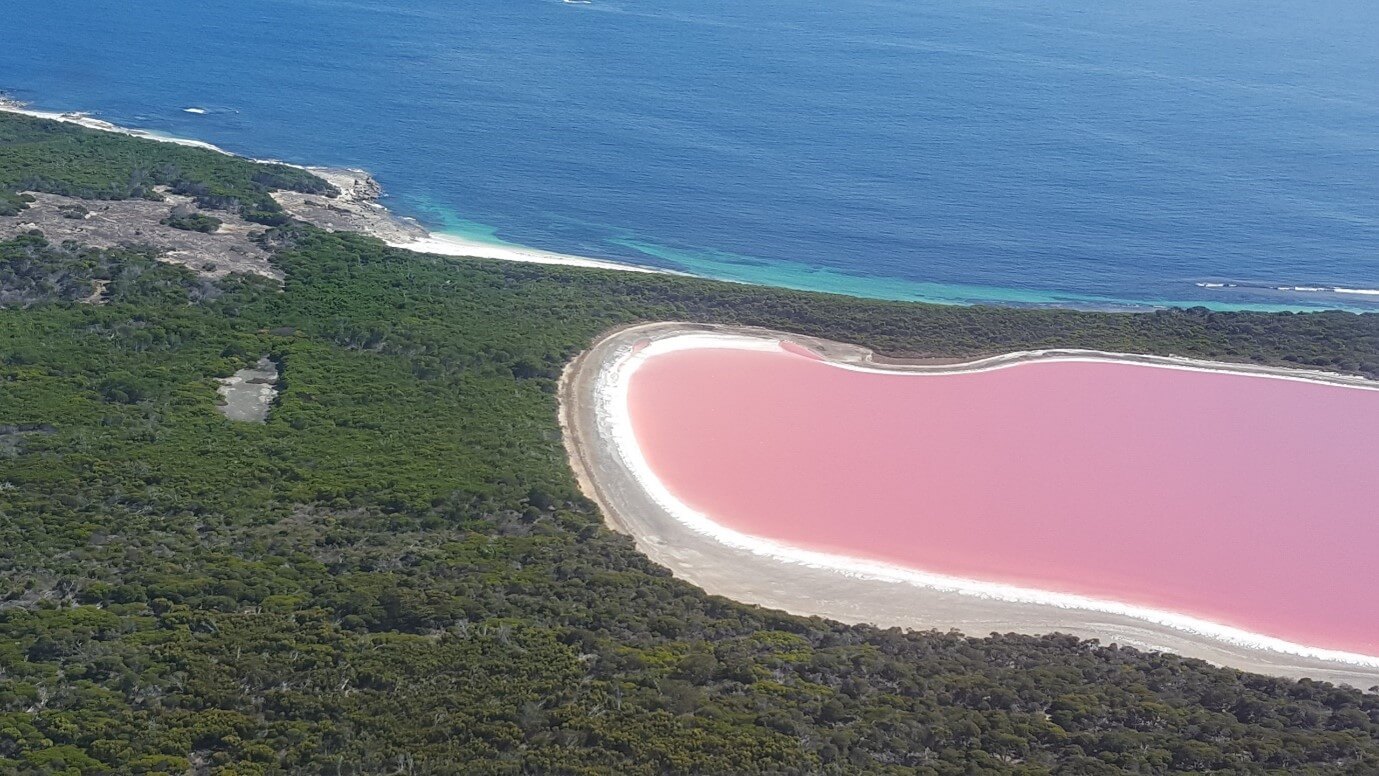