Very often during the process of drilling for mineral reserves, the campaign reaches the point where a drill hole or holes have diverted from the proposed trajectory. In these cases, the current azimuth and dip angles of a drill hole need to be brought back to the planned ones as soon as possible. This correction of the trajectory might need to be executed numerous times during the drilling of a hole.

In order to return the path of the drill hole to the desired direction a deflection device such as a wedge or directional drilling system will have to be employed. Though the geologists in charge know where the drill hole should aim in terms of azimuth and dip, that is not enough for the orientation of the deflection device. Only by knowing the toolface angle for the planned trajectory correction can the deflection device be set in the proper position down the hole and the necessary deviation achieved. The number of wedges or the length of the total deviation (if a directional system is to be used) depends on the dogleg (the overall spatial angle change) required.
Toolface angle is defined as the angle between top side of the borehole and the normal vector pointing to the center of the curved section . However, the direction of that vector matches the direction of the lateral force that would induce the deviation. Therefore, toolface angle can be presented as a parameter that defines the position of the lateral force needed to deviate a borehole. In mineral exploration, toolface angle is measured in clockwise direction from 0° to 360°.

Calculation of deviation parameters
If the final (required) borehole direction is projected on a plane perpendicular to the initial (current) borehole direction, that projection matches the direction of the lateral force. Therefore, toolface angle could also be defined as: the clockwise angle lying in a plane perpendicular to the initial(current) borehole direction, measured between top side of borehole and the projection of final (required) borehole direction on that same plane.
Various trigonometrical relations involving initial and final azimuth and dip can be used to calculate the toolface angle. As a result, several different toolface expressions are available in the literature, based on calculation of arc sine, arc cosine or arc tangent. All of them have their own peculiarities, owing to the properties of each function. For example, very small angles are handled better with sine function, while results from cosine function need less result post-processing, and period of tangent function differs from sine and cosine, meaning “raw” result will be treated differently. Some toolface angle expressions involve only initial and final azimuth and dip angles, others are rearranged to include the dogleg angle, which is the overall angle change between initial and final borehole directions. 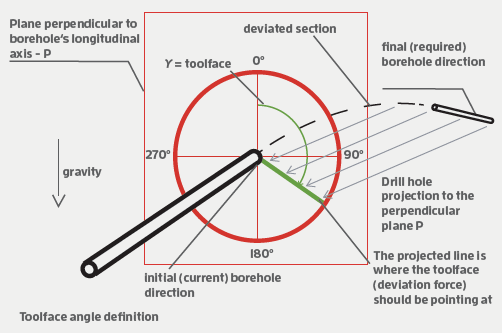 A commonly used expression for toolface angle, based on cosine function, is given below (Bourgoyne, Adam T. Applied Drilling Engineering, SPE, 1986). The formula has been modified in order to meet the dip angle range used in mineral exploration – between 0° (horizontal direction) and -90° (vertical downward direction), as originally this formula is adapted to the oil and gas drilling industry.
The toolface can be found using the following formula:

The number of wedges (

) can be found by the following formula.

is the angle of the blade of the wedge.

of the standard steel wedge is 1.5 deg.
The length of deviation section could be calculated with the following formula:

To plan the required change in borehole trajectory a specific set of input information should be available. Those are:
– azimuth and dip angle at the initial (current) point
– final (required) values of azimuth and dip;
– the dogleg severity (the rate of spatial angle change) suitable for the purpose of the borehole. When the DLS is not determined by some restricting factors, the DLS input can be somewhere from 9 to 12 deg/m for long corrections and 12-15deg/m for short wedge like corrections.
Using the provided formulas the output data will be:
– the toolface angle
– the number of wedges needed or the length of the deviated section.

Practicle example
What should the toolface angle be to set up a steel wedge to correct a drill hole from azimuth 65deg to azimuth of 80deg and from dip -70deg to dip of -75deg? And what will the number of wedges and the length of the deviation section be if dogleg severity is assumed to be 10deg/30m?

The Dogleg of the correction to reach the required direction is 6.7 deg.
2. Calculation of toolface angle

3. Calculation of number of wedges:

In this specific case it will take 4.5 wedges with toolface of 145 deg to accomplish the task. The depth of the required direction should be considered in such a way as to accommodate 15m spacing between the wedges.
4. Calculation of the length of the deviation

So in this case the directional drilling system has to be used for 20m with toolface of 145 deg with adjustments for 10deg/30m DLS.

Note: An Excel spreadsheet and Android application containing all deviation calculations presented here can be downloaded from here.
Next issue’s Formulae in practice article will consider borehole planning and the calculation of final azimuth and dip. 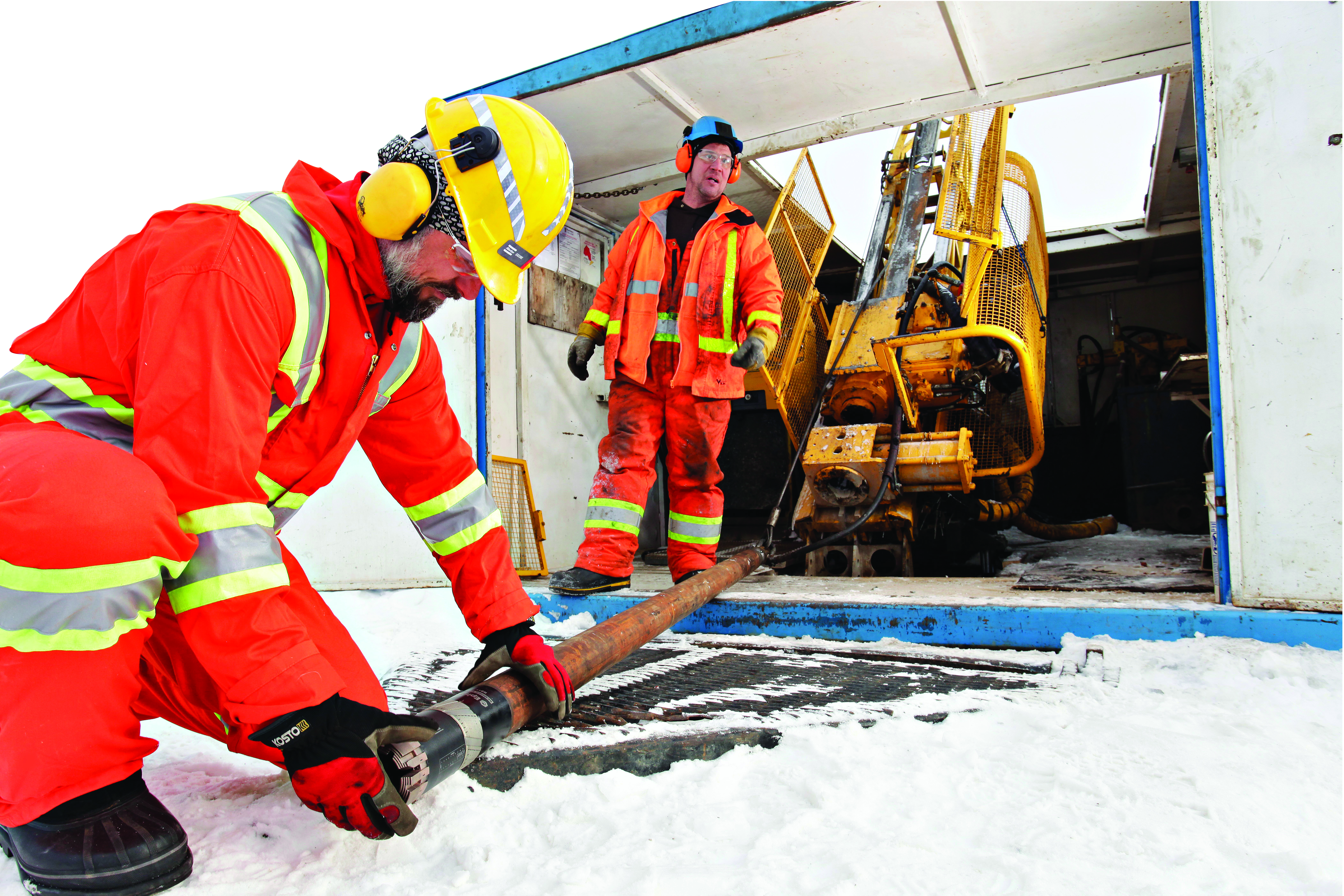 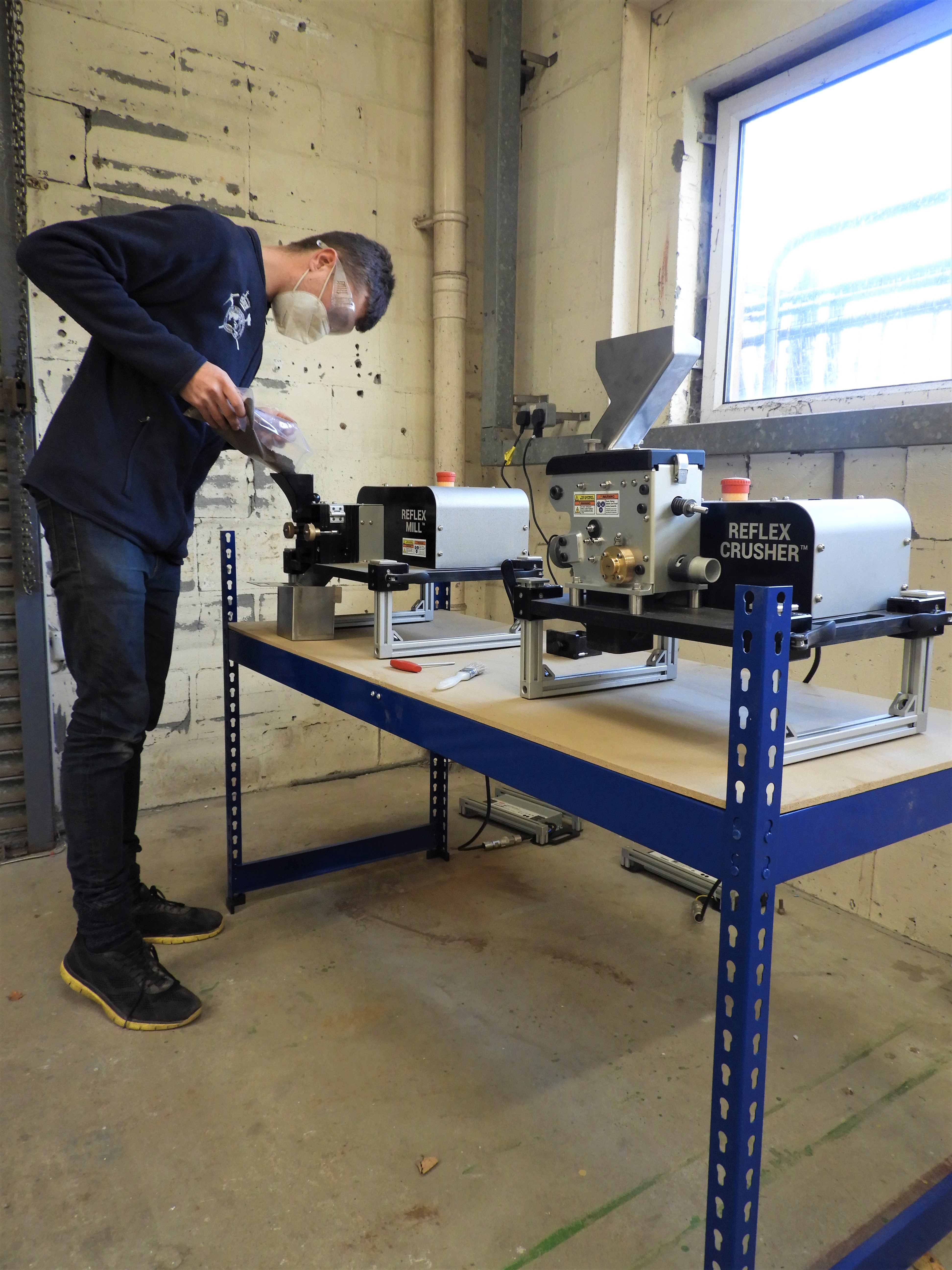