Author’s note: this article is intended for information purposes only. The reader is encouraged to perform their own due diligence if they are interested in investing in the company. 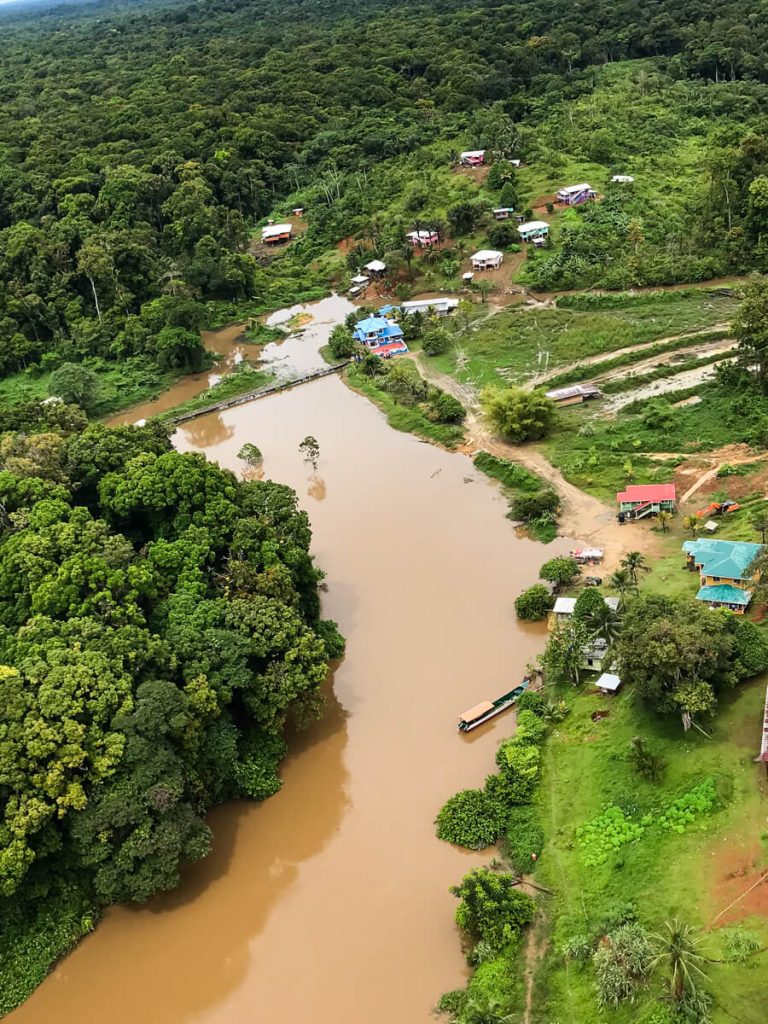 An exciting new gold player from Vancouver, Canada – Alerio Gold Corp. (Alerio) (ALE:CSE) – has recently acquired highly prospective gold projects in Guyana, South America. Guyana is a democratic state that is still a member of the Commonwealth and has English as its official language. It is a mining-friendly country with a government that has supported the mining industry on many levels for years. Guyana is known for its significant endowment of natural resources. Gold has historically accounted for a large 35% of the country’s exports, with production exceeding 625 000 oz (17.72 tonnes) in 2019.

The mining sector has been a major piece of Guyana’s history, and its democratically elected government has long held a pro-mining stance, encouraging investment in the responsible extraction of natural resources through a stable Mining Act. Guyana is situated in the heart of the Guiana Shield — a 1.7-billion-year-old geological formation that shares much of its geological makeup with the West African Shield. Due to this interpreted tectonic relationship, many explorers are betting on the similar geological terrains known from decades of exploring for and mining in the precious metals-rich West African Shield. Well-known players such as Newmont, Reunion, Troy, Omai Gold and G2 Goldfields have long since developed Guyana. The Guiana Shield has long been a target for prospectors and holds an estimated 140 million oz (≈ 3970 tonnes) of gold – the best-known deposit being the Aurora Mine with resources of over 6.9 million oz (≈ 195 tonnes) of gold. In addition, Omai Gold is once again a major part of this new resurgence of interest in Guyana with plans to re-establish the Omai gold mine.

Alerio has recently secured the licenses for the Tassawini Gold Project in Guyana. The property has a historical resource estimate of 499 000 oz (14.15 tonnes) of gold. CAD 34 million has already been invested in exploration and development on the property, and current management is pushing progress to further expand exploration on a total of 1381 hectares of land with the medium-term goal of developing a producing mine. The infrastructure on site is very good as the project is located on a navigable river.

Historic exploration at the Tassawini Property concentrated on a core of gold targets that include Tassawini West, Tassawini South, Tassawini East, Black Ridge, Mine Creek and Sonne. There are in an excess of nine additional targets that have yet to be tested. Mineralized zones with reported true widths of 10 m (32.81 ft) to over 50 m (164 ft) have been defined by diamond drilling. Preferred host lithologies are highly deformed silica-invaded phyllite and black metamudstone. Gold mineralization occurs in or close to the contacts with the intrusive units. In most cases, the mineralized envelopes dip between 45° and 75° to the north and northwest, and plunge at an average of 15° to 25° towards the southwest. However, at Tassawini South, the mineralized envelopes are nearly horizontal as they are controlled by the contacts with the intrusive bodies. In detail, all the mineralized zones are extremely complex in shape, but they have been interpreted to be linked as they appear to belong to one single larger system that was disrupted by intrusive bodies and faults.

The gold mineralization occurs in spatial association with silica, pyrite and arsenopyrite in zones of silicification and carbonation alteration. Gold deposition and/or remobilization are controlled by deformed micro-quartz and quartz-carbonate veining related to linear high strain zones, fold hinges and intrusive contacts.

The Guiana Shield spans over 2000 km (1242 mi) and stretches from western Venezuela, through Guyana, Suriname, and French Guyana and ends in northern Brazil. The shield is composed of a Palaeoproterozoic granite-greenstone terrain with a general east to northeast-trending structural trend. This terrain is considered to be the extension of the West-African Palaeoproterozoic Birimian Supergroup metasedimentary/greenstone terrains, which, in northern Guyana, was originally mapped as part of the Lower Proterozoic Barama-Mazaruni Supergroup (approx. 2200-2000 million years in age). The Barama-Mazaruni Supergroup consists of metasedimentary/greenstone terrains intercalated with Archean-Proterozoic gneisses that were then intruded by Trans-amazonian granites as well as mafic and ultramafic rocks (see McConnell and Williams, 1969). The geology at Tassawini is dominated by a series of lower to upper greenschist facies altered fine-grained metasedimentary rocks that have been intruded by a series of granitoids. The dominant lithologies are phylite, finely banded fine-grained metaclastite, carboniferous schist, and garnet-sulphide-graphitic rocks. These rocks are interpreted as originally being deposited as siltstones and mudstones in a carbonate-sulphide iron formation that was formed under reducing submarine conditions. This proto-sedimentary sequence is part of a manganese-rich proto-basin that can be traced from the Tassawini property over 100 km (62 mi) to where manganese was historically mined. Within this sequence are localized disconformable incursions of turbidic wacke as well as coarser sedimentary units such as sandstones and conglomerates.

Alerio also holds the Harpy project, an early-stage exploration play. It is adjacent to the Aurora gold deposit owned by Guyana Goldfields that was recently purchased by Zijin Mining for USD 323 million. Alerio is looking to progress both of these projects and make further acquisitions in 2022.

McConnell, R. B., and Williams, E., 1969, Distribution and provisional correlation of the Precambrian of the Guiana Shield. Paper presented at the 8th Guiana Geol. Conf., Georgetown, Guyana. 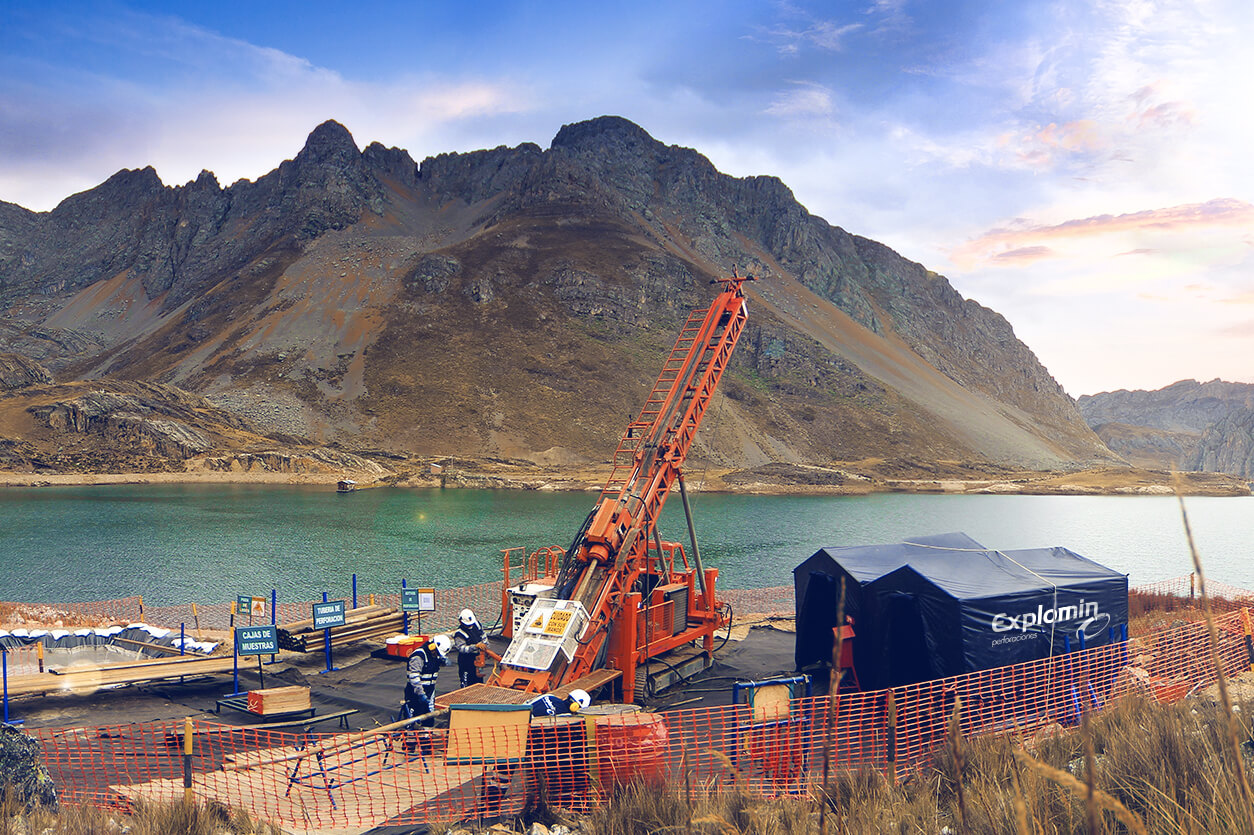 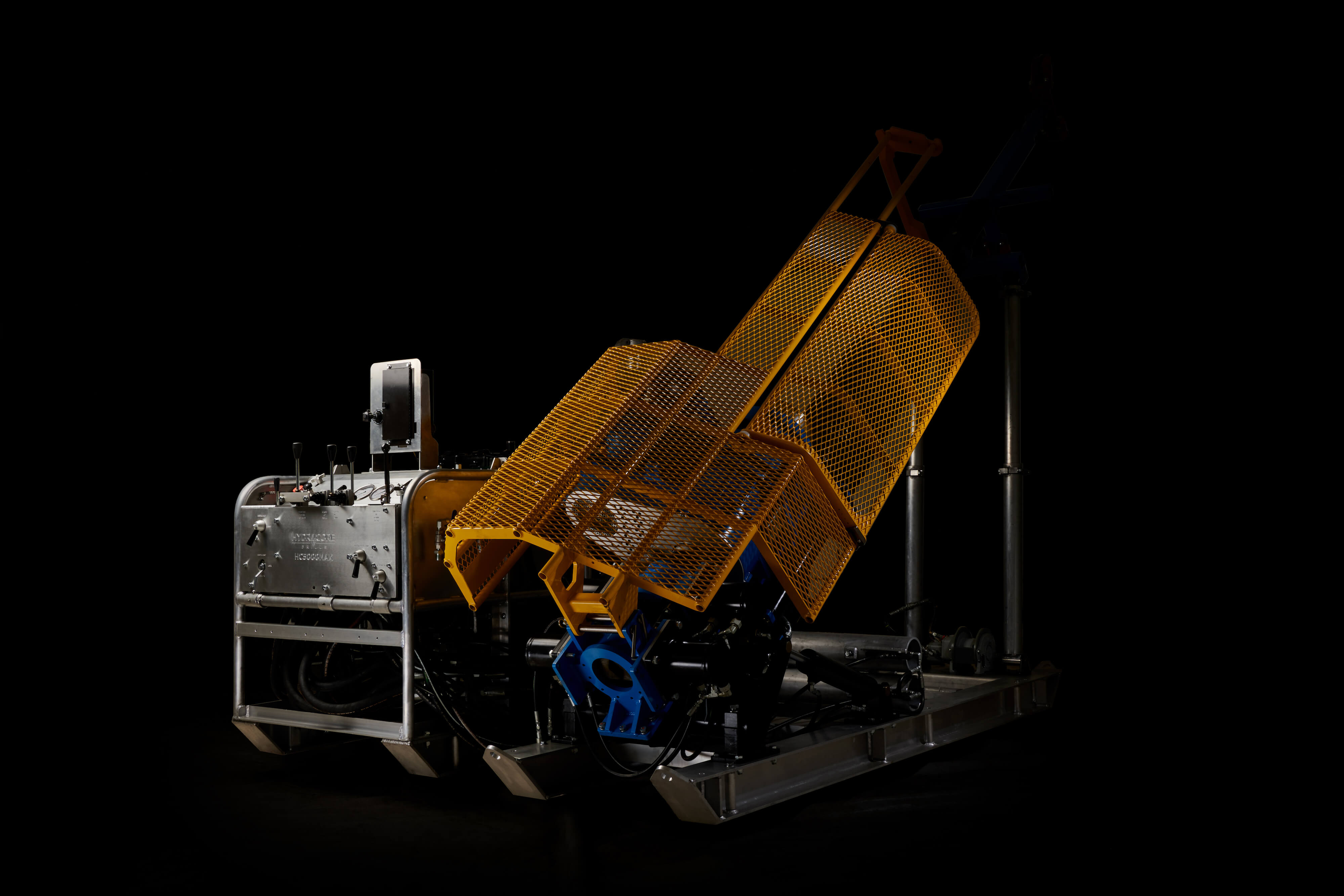 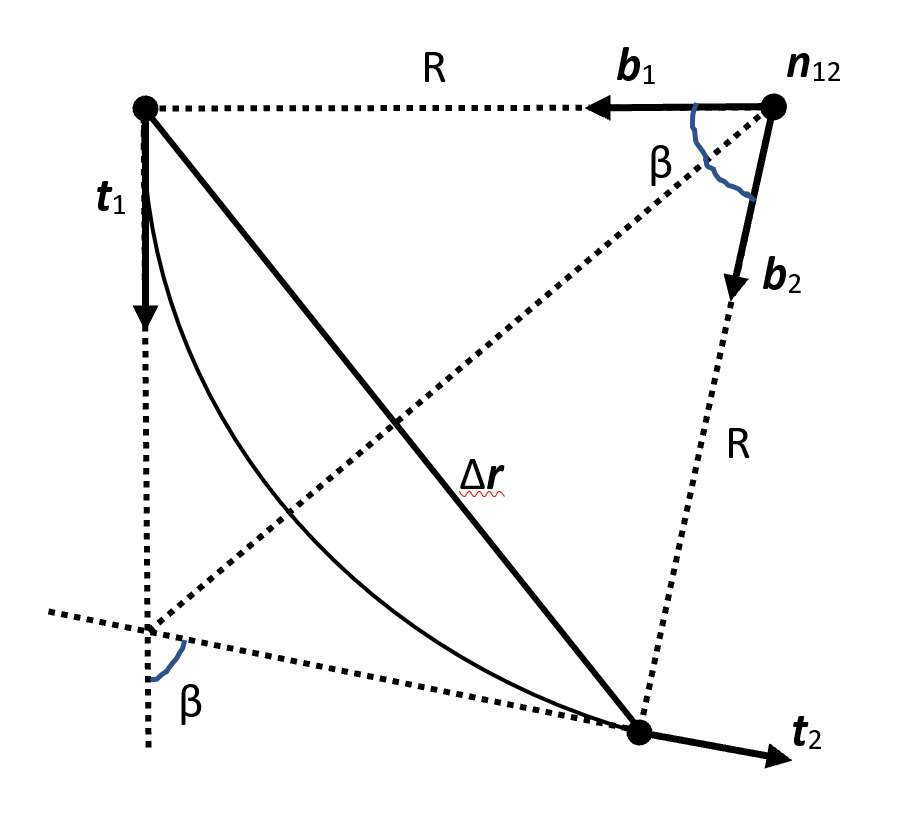 A technical note on dogleg severity 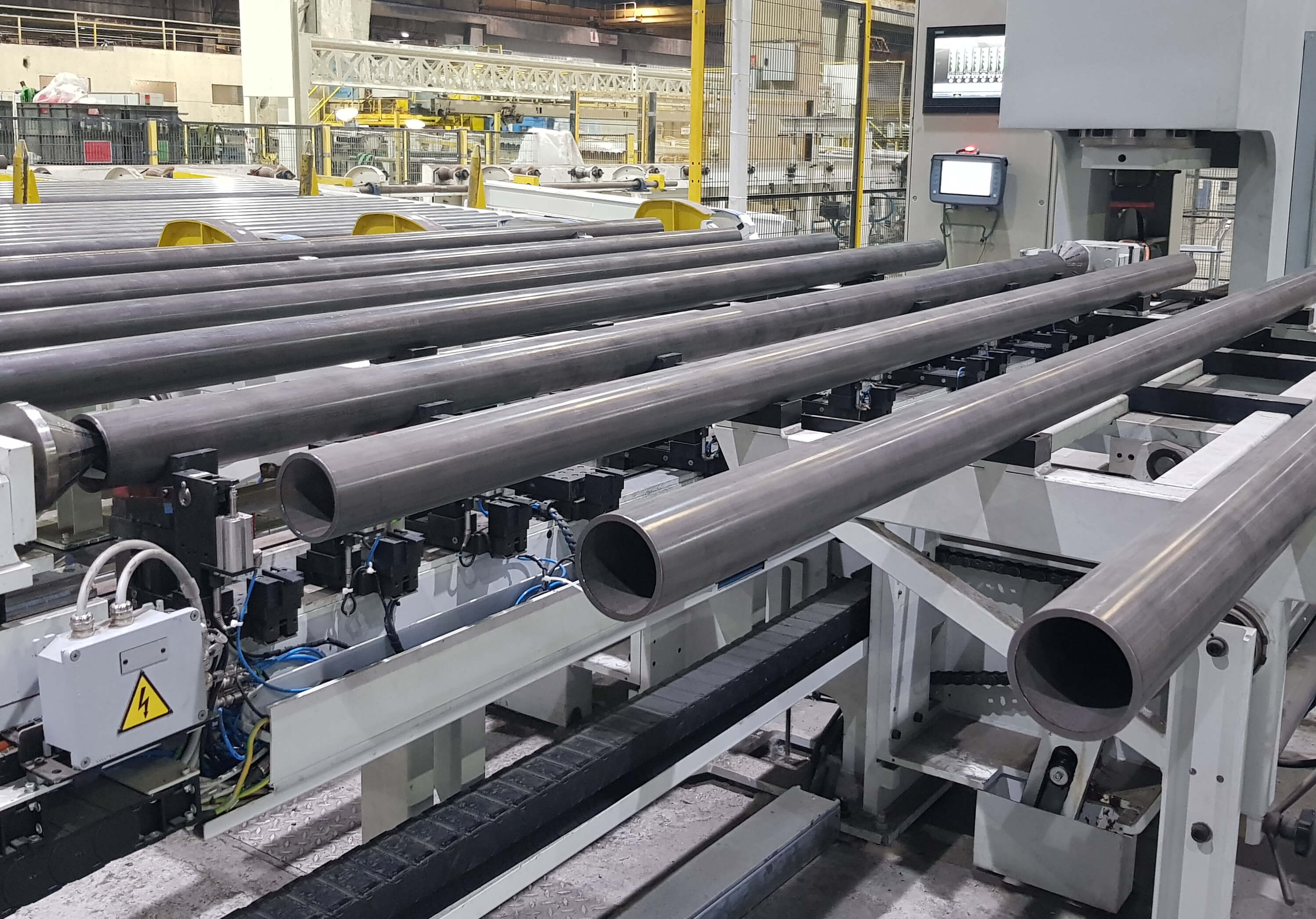