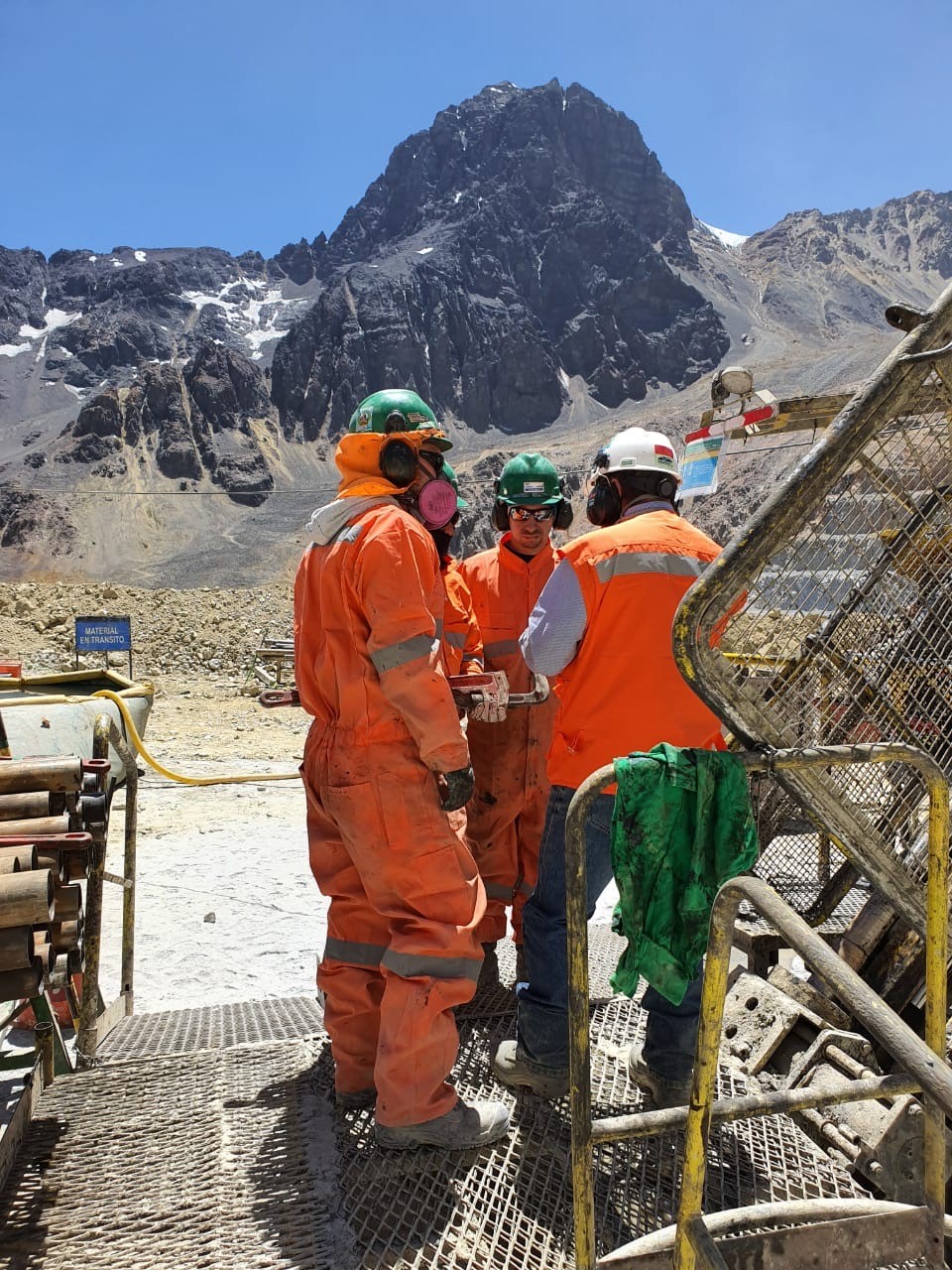 Drillers and geologists have long agreed to disagree over what takes priority at site – hole completion versus optimal core recovery and sample. But something we all agree on is that hole stabilization is critical, irrespective of focus or priority. With the right products on hand, mineral exploration drilling can achieve both without prioritizing one goal over the other.

Drilling fluid or mud is an industry staple, with a seemingly basic recipe – simply combine bentonite and water to yield the familiar product. Extensive research led Matex – a Canadian-based fluid and lubricant specialists to formulate ‘Sand Drill’ – a superior and innovative alternative to basic drilling fluid.

Sand Drill’s unique formulation delivers a drilling fluid capable of stabilizing the most difficult sand and gravel formations. A unique blend of dry polymers prevents holes from collapsing and core from crumbling, and in many situations, it has not only replaced but surpassed bentonite’s ability to simultaneously cool and stabilize, particularly in areas with extreme overburden and waste material.

When pre-mixed with Matex’ ‘Torqueless’, polymer grains contained within Matex’ Sand Drill are then encapsulated by a lubricant film that causes a chemical reaction resulting in longer, stronger polymer chains. The protective film adheres to borehole walls and core, stabilizing the hole and improving core recovery even in heavily broken ground conditions. Torqueless is a vegetable-based, water-soluble lubricant specially formulated to be used either alone or in combination with other products to enhance performance through continuous cooling of the bit, while reducing wear and rust accumulation on the drill string.

A client approached Matex to focus on improving one drill rig’s performance using its products as a means of comparison against two other brands of fluid and lubricants already onsite. The mission was made clear to every supplier – successfully complete a hole to geologist specifications (target depth, casing retrieval, with as few products as possible). Matex accepted the challenge but not without first assessing the situation – 4300 m (14 100 ft) above sea level, drilling 350- to 400-meter (1150 ft to 1310 ft) holes, drilling through approximately 60 m (200 ft) of waste material before hitting bedrock. Most holes could not be completed to desired depth, and retrieval of the set casing after drilling through the overburden zone was considered a bonus.

Adversity with a capital ‘A’

Harsh weather, high altitude (reduced oxygen) and varying ground formations were just some of the challenges, coupled with poor core recovery, which slowed the operation significantly and reduced productivity. The hole’s upper presented with approximately 60 m (200 ft) of overburden, requiring coring, and setting the casing was the only way to ensure the hole remained open. Once the rig hit bedrock, competency was established but was abrasive until it cleared at 150 m (500 ft) depth. The formation then became unstable, water return was lost and core recovery was near to impossible. The driller had to stop between 250 m to 300 m (820 ft to 980 ft) due to high torque and clay swelling. The onsite geologist was understandably frustrated at not reaching the ore body, as was the drilling contractor as the lost casing was an additional unfactored cost.

The solution
Matex’ technical team opted for an in-house fluid system based on Sand Drill to stabilize the overburden and broken formations. Torqueless enhanced the polymers and reduced in-hole torque, and ‘DD-955’ inhibited swelling clays. Pre-mixing dry polymers with a vegetable-based emollient provides maximum lubrication, so that each polymer grain unravels evenly, ensuring a proper and consistent mix to reduce clumping and product waste.

Field technicians know from experience that the best products don’t guarantee success. The most critical aspect of any drilling fluid is to maintain consistency. So the first step in this situation was to mix Matex’ Torqueless and Sand Drill mixture for approximately 10 to 12 minutes, although timing will vary according to individual mixing systems.

Results speak for themselves

The initial 60 m (200 ft) of waste material proved the litmus test, even surprising the onsite skeptical driller who was able to drill through a challenging zone and set casing without the need for bentonite. The team noted the torque gauge was lower than it had been at previously drilled holes, resulting in faster completion of the overburdened zone. An additional liter (33.81 fl oz) of Torqueless was introduced into the annular space, minimizing the possibility of casing loss after hole completion. Water began depleting at approximately 150 m (500 ft) depth, and so the technical team increased the amount of Sand Drill to the mix. Despite being unable to prevent water loss, full tube retrieval continued. The consistent 60-second mix provided excellent stabilization and lubrication, allowing the operation to pass through the swelling clay zone down to the targeted 400-meter (1310 ft) depth. The onsite geologist was very pleased with the core recovery yield and hole depth, thereby instructing the crew to drill the next hole an additional 100 m (330 ft) deeper if the same H-sized diameter could be maintained. To quote the supervisor, ‘This [core sample] evidences that what happens down the hole, stays in the core’. The client subsequently assigned all three drill rigs to the crew, and the entire project was drilled using Matex environmentally safe drilling fluids until weather indicated that it was time to break until the next season.

For more information
Visit: www.matexdrillingfluids.ca to learn more about Matex’ array of products. 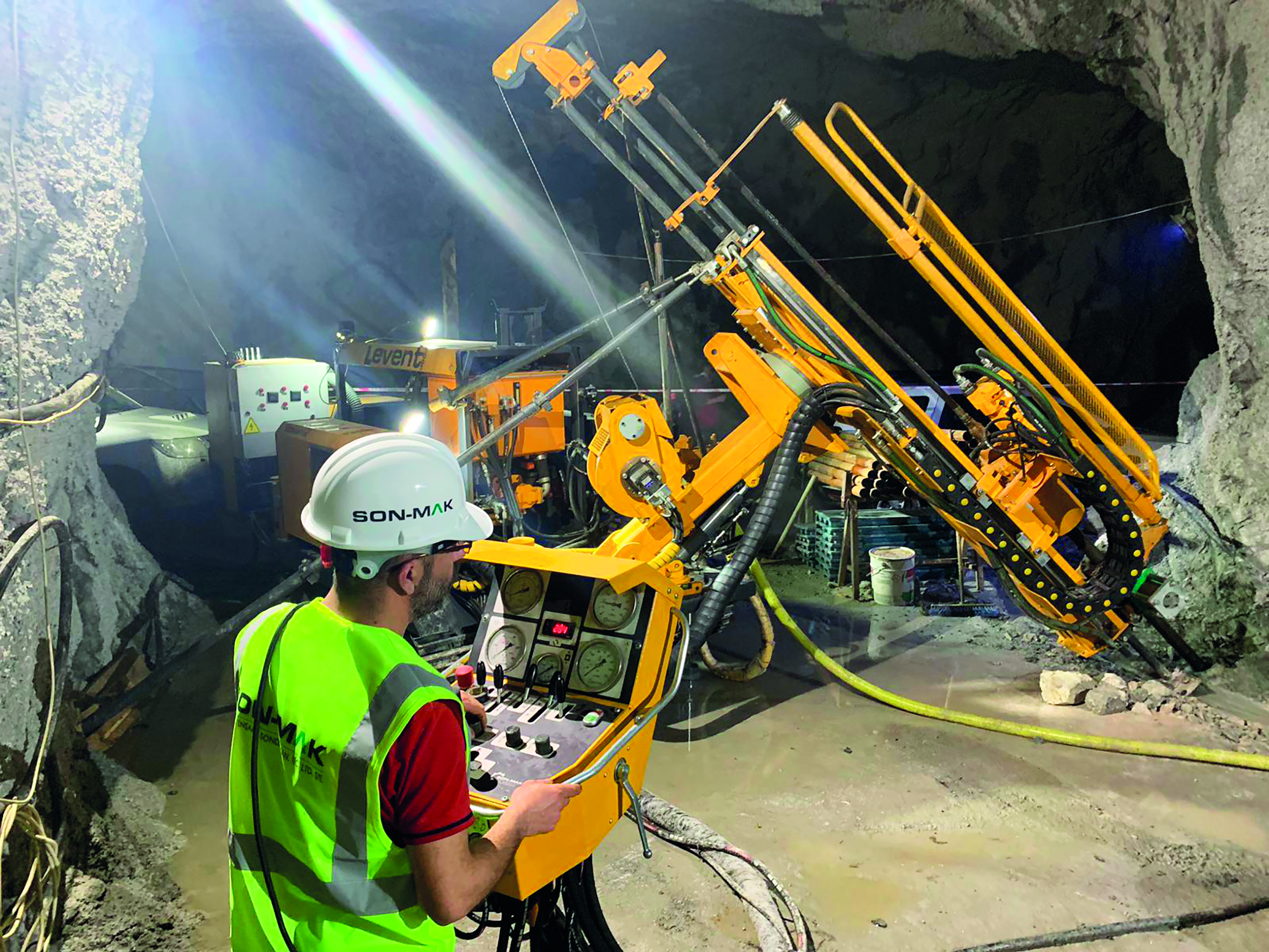 Ready to go beyond your expectations? Son-Mak: proud to deliver, consistently

What happens down the hole, stays in the core

A grounded approach to wellbore stabilization

Unearthing 15 of the industry’s most successful drilling contractors: Based on 2019 results