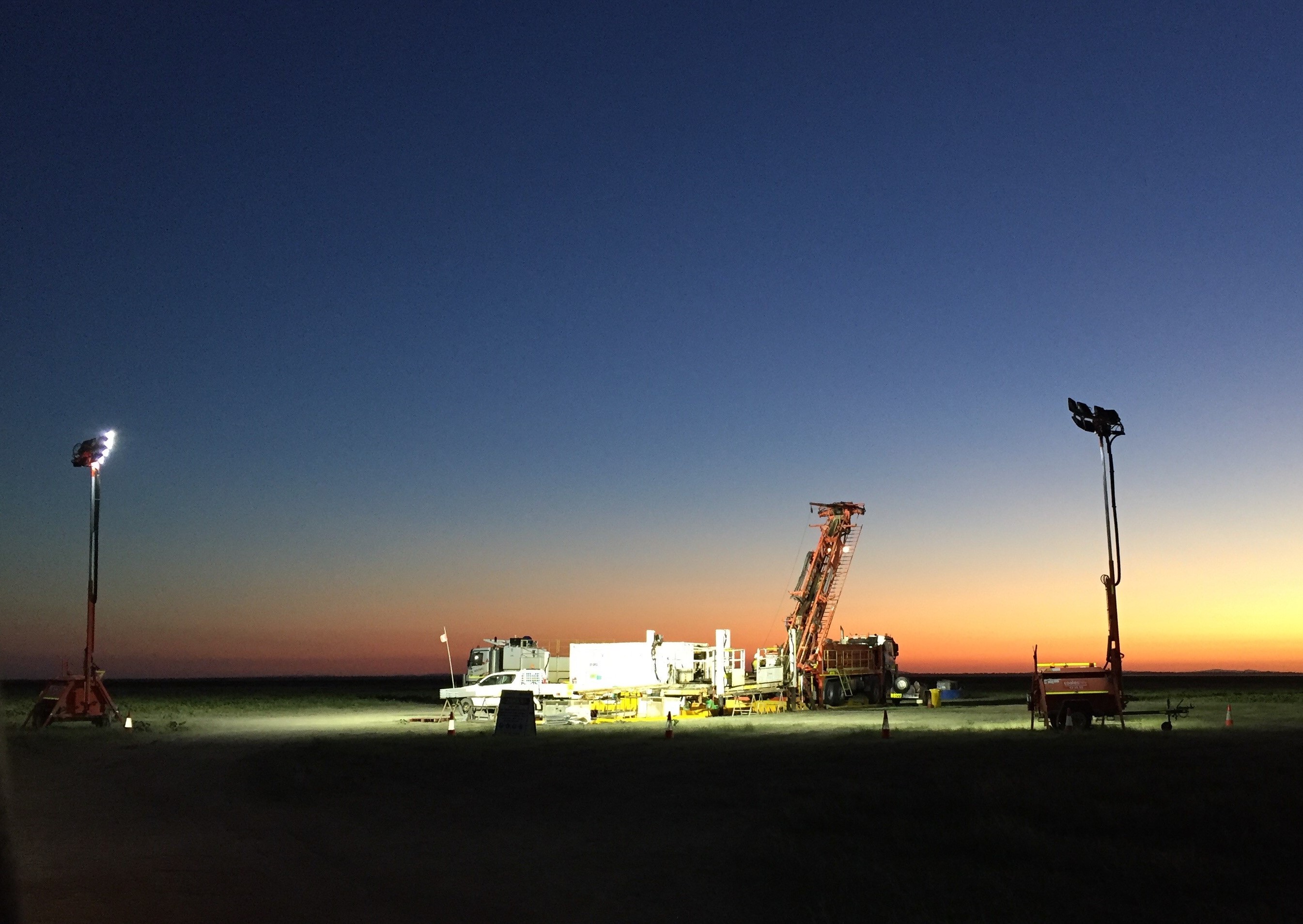 Peter and Deidre Mitchell had less than AUD 200 to their name after buying a Mayhew 1000 Drilling Rig for AUD 11 500 in 1969 and even less after it broke down at the front gate on the way to its first job. Fifty years later, Mitchell Services Limited is Australia’s most diversified drilling services company and a leading global provider to the mining, exploration and energy industries. The Mitchell brand celebrated 50 years in the drilling industry in 2019, and this pedigree has positioned the Mitchell Services business to successfully weather the industry’s peaks and troughs.

Today, the business is listed on the Australian Securities Exchange (ASX) and is forecasting continued growth from its 2018/19 revenue of more than AUD 120 million. Approximately 90 % of revenue comes from ‘Tier 1’ clients: large domestic and multi-national mining and energy companies, operating long-life, low-cost mines. This work is concentrated in resource definition, development and production, providing a natural hedge against the higher risk, greenfield exploration and feasibility market segment. Diversification gives Mitchell Services some downside protection in the cyclical resources sector and the company’s revenue is split evenly between surface drilling and underground operations, and spreads across a range of commodities and all of Australia’s major mining states.

Built on a can-do attitude and down in the dirt determination, the business – originally named Mitchell Drilling Australia – grew to become the embodiment of the Australian mining spirit. ‘If it can’t be done, we’ll do it’ and ‘the impossible takes a little longer’ were common phrases Peter used as he grew the business through the 1970s. His words were backed by action. In 1976, a water truck’s engine broke down in the middle of the Simpson Desert in remote central Australia. Peter contacted the manufacturer and replacement parts were driven five hours to the broken-down truck. As luck would have it, the manufacturer sent the wrong parts, and the driver and mechanic were forced to spend the night sleeping in the truck. The next day, Peter ordered the right replacement parts to be delivered express via airplane. With no runway available, the parts were dropped from the window as the aircraft flew overhead. The mechanic and driver were home that night in time for dinner.

Twenty-one years after buying its first rig, the company had 40 employees and 10 rigs operating across Australia, and still a long way to go on its journey. In 1998, Mitchell had its first offshore venture in Indonesia to drill coal for BHP. While offshore work may have been daunting for some contractors, Mitchell was experienced at operating in isolated and remote areas. Peter and Deidre’s son, Nathan affirmed: ‘To us, the actual drilling and project management in these environments is fairly straight forward’. International operations have since taken place in India, China, the United States, Zambia, Papua New Guinea, Russia and throughout Africa.

In July 2008, then CEO, Nathan Mitchell decided to sell Mitchell Drilling Australia to ASX-listed AJ Lucas Limited. At the time, Mitchell Drilling was the largest privately-owned drilling company in Australia with over 300 people and revenue upwards of AUD 95 million. The five-year, non-compete period within Australia stimulated the development of the international business under Mitchell Group Pty Ltd.

In 2013, after the non-compete period expired, the Mitchell brand re-entered the Australian market as Mitchell Services through a reverse merger with ASX-listed Drill Torque. Armed with its long industry pedigree, Mitchell has taken advantage of market low points since 2013 and expanded its drilling fleet. The company acquired assets from Tom Browne Drilling (2014) and Nitro Drilling (2015) to increase its surface fleet across coal and minerals. In 2018, Radco Technologies was acquired to allow Mitchell to enter the niche market of Underground-In-Seam (UIS) drilling in underground coal mines. At the same time, the company invested significantly in the latest underground diamond drilling equipment to target long-term contracts at underground minerals mines. More recently, the company’s 2019 acquisition of deep-hole directional diamond drilling specialist, Deepcore Drilling, has provided complementary exposure to copper and gold and a strengthened position in Australia’s Victorian goldfields.

Mitchell’s strategy has been to diversify, leveraging a reputation for safe, high-quality operations to target multi-year, multi-rig contracts across several drilling types including surface, underground, mine services (large diameter), and drill and blast. As a result, Mitchell holds major long-term contracts across these disciplines, while providing multiple service offerings at the one site. To ensure each area’s success, Mitchell focuses on sourcing the best people while providing clients and crews with the latest drilling technology. On the brand’s 2013 re-entry to the Australian market, the decision was made to expand across coal and minerals with a focus on gold, base metals and metallurgical coal. This strategy resulted in long-term contract wins across Australia with Anglo American, BHP, Newmont, South32, Glencore, Evolution Mining and Peabody Energy. The long-term work ensured Mitchell was able to attract the top talent re-entering the drilling workforce after the mining downturn.

In the late 1990s, Mitchell led the way in coal seam gas drilling, with innovations in drilling techniques, rig performance and safety. The need to remain at the forefront of innovation was a key pillar of Mitchell’s successful market re-entry. While the market remained significantly depressed and margins were thin, Mitchell saw this as an opportunity to innovate without committing significant capital expenditure. Electronic drill plods and data warehousing that provided significant value to the client – as well as Mitchell’s monthly invoicing and performance analysis – were some of the company’s first innovations. Mitchell was the first contractor in Australia to acquire the latest underground drilling technology for new contracts with Evolution Mining and South32. One type of rig acquired was the MDR700 – the first mobile underground diamond rig in Australia equipped with a diamond rod handler, enclosed drive cab and unattended auto-drill functionality. Mitchell has continued to work closely with various manufacturers to ensure its fleet is leading edge.

Further strengthening ties to brownfield and mining operations drilling, Mitchell was recently awarded its first multi-rig drill and blast contract. The long-term agreement allowed the company to invest in state-of-the-art equipment, purchasing three brand new rigs with remote operations capability. Mitchell continues to invest in innovation that benefits site support, operations and safety. Eliminating manual handling and remote rig communications are a significant part of that investment. A dedicated innovation team has been established with a General Manager of Business Improvement and Innovation joining the leadership team in 2019.

The company’s founders built the business on ensuring its staff return home safely after every shift with health and safety being priority number one. Mitchell’s ‘Safety – Be Sure. Be Safe.’ mantra is part of a holistic approach to safety culture on all of its sites. The concept ensures staff fully understand their roles and activities, so that they can identify risk and the actions necessary to ensure safe and efficient operations. This approach has delivered results and won Mitchell many safety awards including the 2020 Australian Institute of Mining and Metallurgy professional excellence being awarded to Mitchell’s General Manager, People and Risk, Josh Bryant; 2019 Australian Prospect Mining contractor miner of the year and 2018 Australian Prospect Mining safety advocacy award.

Today, Mitchell Services is an Australian market leader, driven by a Board and management team with hands-on drilling experience. Executive Chairman, Nathan Mitchell works alongside directors, Peter Miller and Scott Tumbridge who sold their own businesses, Drill Torque and Deepcore Drilling into the group, representing unparalleled industry experience within the Australian market, proving instrumental in setting the group’s strategic direction for continued growth.

Mitchell has grown from AUD 33 million FY16 revenue to AUD 120 million in FY19 with guidance of AUD 170-180 million in FY20, despite COVID-19’s impact. In the same period, average operating rig count has risen from 17.8 in 2015 to 81.3 in the March 2020 quarter with approximately 100 rigs in the fleet. Mitchell’s CEO, Andrew Elf said the picture was generally optimistic for drilling in 2020, as evidenced by 2019 Australian exploration investment increasing by 15 % to a seven-year high of USD 1.53 billion according to S&P Global Market Intelligence. ‘The overall outlook is positive, and this is playing out in increasing rig utilization and productivity, and greater diversification across commodities, geography and drilling type. We expect major producers will continue to focus on maximizing existing operations, especially in gold, copper and metallurgical coal. Mitchell’s pipeline of identified opportunities remains strong and demand for drilling services continues to increase, particularly among large multi-national producers.’

Australian Bureau of Statistics data for the December 2019 quarter estimates Australian mineral exploration expenditure was up 5 % over the September quarter and 26.4 % compared with the December 2018 quarter. However, exploration on new deposits was up only 0.5 % compared with 8.1 % for existing deposits, while meters drilled on brownfield projects rose 8.7 % but declined by 18 % for greenfield. Mitchell’s history in the drilling industry extends 50 years and it is this long-term knowledge and experience that has positioned the business for continued success. 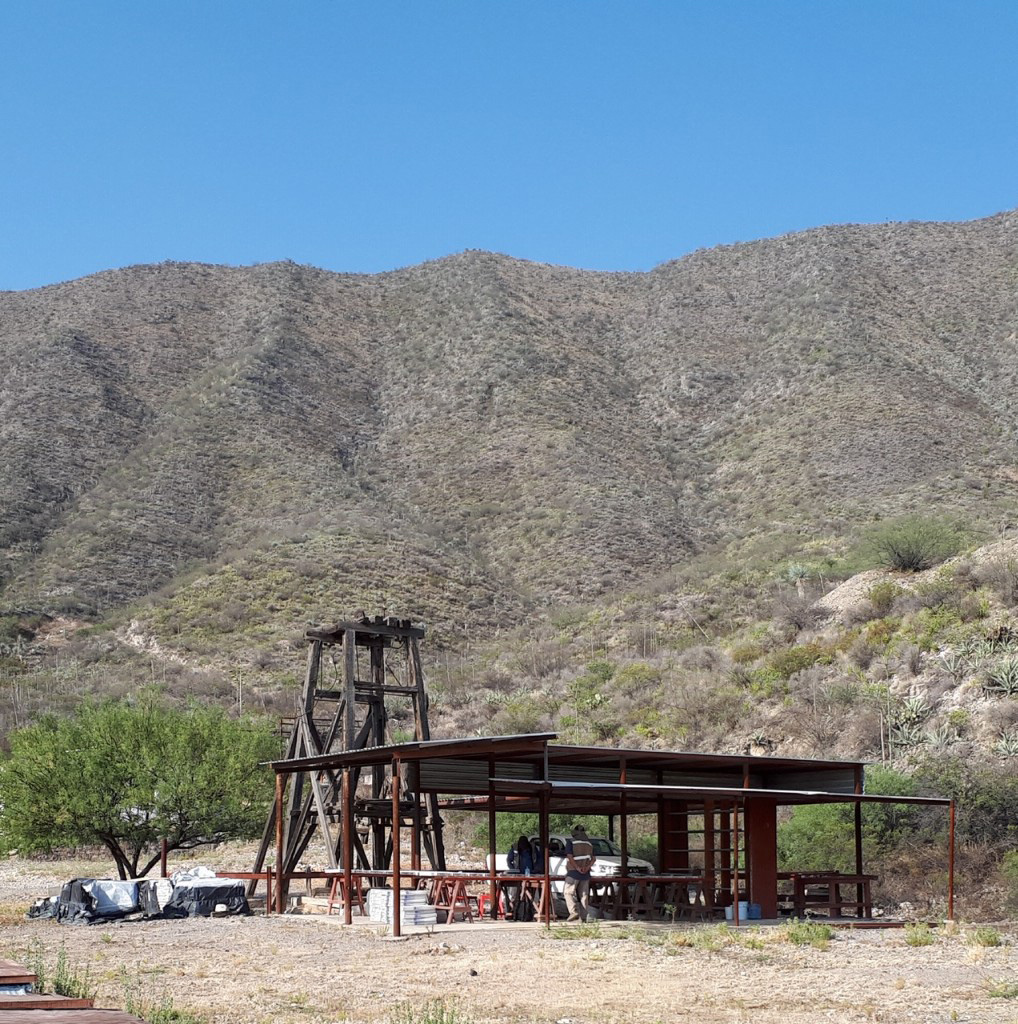 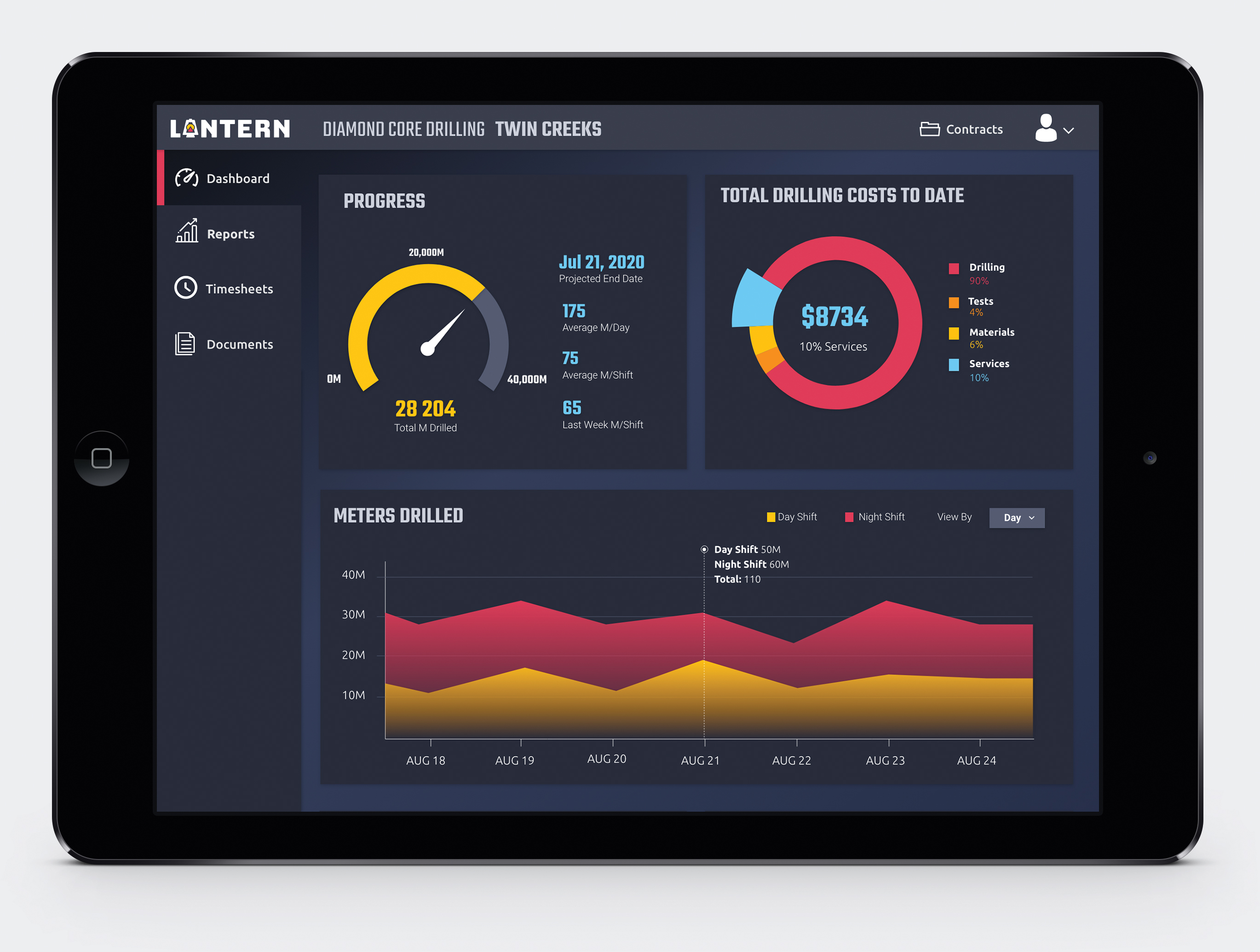